Outrage is either misplaced, or entirely missing

Right to practice and propagate faith is a constitutional right

And what happened should give us pause.

At a meet organised by the Vishwa Hindu Parishad, a BJP MP, Parvesh Sahib Verma, gave a brazen call for the economic boycott of Muslims. Though he did not name the community, the context was obvious since the meet was organised against the backdrop of the stabbing of a Hindu allegedly by a group of Muslims. Verma went so far as to exhort people to not buy anything from shops and street carts owned by Muslims. A BJP MLA then reinforced the hate speech by using language that was even coarse. A third speaker affiliated to the VHP spoke of taking up arms against “jihadis”.

This outrageous violation of public decency has passed without a blip—or not much more than a blip. 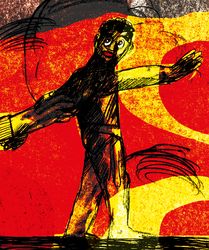 Instead the political noise and prime time attention has been focused on another public event, also in Delhi. This was a mass conversion meet where dalits embraced Buddhism by chanting the 22 vows of Babasaheb Ambedkar. Present on stage was the Aam Aadmi Party leader and Delhi’s minister for social welfare, Rajendra Gautam, himself a convert to Buddhism. The vows included the rejection of key Hindu Gods giving the BJP an opportunity to target the event for being anti-Hindu.

Instead of standing by their colleague, the AAP clearly felt political anxiety. In Gujarat, where Arvind Kejriwal is trying to take on the BJP on prime minister and home minister’s home turf, posters and banners surfaced showing Kejriwal wearing a skull cap—that is, being soft on Muslims. A day later Gautam resigned from the Delhi cabinet. It did not end there. He was later summoned by the police for questioning.

Speaking to me, Gautam underlined that he had meant no disrespect to any religion or deity. The Ambedkar vows, he argued, were officially recognised by all governments. He then framed the mass conversions in the context of rising atrocities against dalits and posed the question at the heart of this debate: “If we are Hindus, if you want us to remain Hindu, why do you hate us so much?”

The police showed much more alacrity in questioning Gautam—though voluntary conversions are lawful—than it has so far in interrogating those who made hate speeches against an entire community.

Though there may be legitimate questions about how conversions are organised and whether financial incentives can sometimes be part of them, the right to practice and propagate faith is a constitutional right. That we are now criminalising it—and doing so at a speedier pace than the prosecution of hate speech—is worrying.

As if on cue, comes the horrific news from Karnataka of 16 dalit labourers locked up in a coffee estate and tortured for their failure to repay a loan. Among them was a pregnant woman; she was beaten so badly that she lost her baby. The government’s own data shows a rise in atrocities against dalits and scheduled tribes—by over one per cent and six per cent respectively.

The outrage is misplaced. And entirely missing, where needed.