The global surveillance scandal, involving the use of Israeli spy software Pegasus, raises many grave questions—not just about the violation of privacy, but also the independence of our institutions. In India, given the list of possible snooping targets, several pillars key to the functioning of a genuine democracy—the media, the election commission, the courts, an effective opposition—have been made vulnerable.

Forty Indian journalists are among the 180 whose devices may have been hacked. In any other country, this would have caused mass public outrage. So, why are we not seeing more fury among citizens at large?

While I believe that the government is obliged to answer the central question—did it or did it not weaponise Pegasus on its citizens—I think we must also reflect on how and why we, as people, became so casual about privacy. 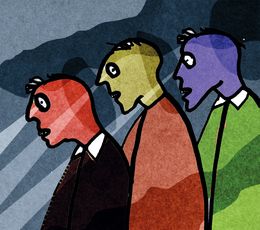 At the risk of annoying some colleagues, I would argue that in some ways we as journalists have brought ourselves to this point. A few years ago, major media outlets happily published the private conversations between Niira Radia, a representative for the Tata and Reliance group and a host of other people, including business people, politicians and journalists. Yes, unlike Pegasus, Radia’s surveillance was authorised under income tax rules. But the violation of the privacy of everyone else she spoke to was not authorised and the leaking of the conversations was unforgivable.

As someone who spoke to Radia in the course of work but hardly knew her beyond that, I found myself at the receiving end of a bizarre and vengeful media campaign, one that suggested that I had somehow played a role in A. Raja, being appointed telecom minister. Snatches of gossip about who might be in the next cabinet—a routine trading of information that all journalists do with professional contacts—were edited and dislocated from the context in an attempt to sully my reputation.

Apart from the ludicrous assumptions about my influence, I repeatedly underlined that I had never met or spoken to Raja (and still have not) and pointed to the many hard-hitting stories I had in fact done on the telecom scam. Others like Vir Sanghvi and M.K. Venu, one of the editors of The Wire (that has led the Pegasus expose in India), took the media organisations to court. Ratan Tata demanded a right to privacy protection from the Supreme Court.

While no fingers were eventually pointed at Tata or Ambani, for whom Radia was working, the tapes became quite simply a weapon by journalists to try and pull down other journalists.

Since then, TV channels have thought nothing about leaked WhatsApp messages being part of their so-called “exposes”. We saw a lot of this salacious stuff during the coverage of the Sushant Singh Rajput tragedy where the privacy of actors was routinely violated in prime-time news. It was only when journalists found their own messages and conversations leaked (the Republic TV promoter and a young, brave journalist at India Today among them) that there was pushback. Sting operations—secretly filming people—is another grey area that raises ethical questions.

The media has often cited public interest as it overrides the right to privacy of public figures. Of course, Pegasus violates civil liberties and the functioning of a free press. But if we live in Orwellian times, we too have done our bit in contributing to it.