One of the most progressive voices in the Supreme Court, Justice Dhananjaya Chandrachud, recognised that gender and sexuality defy simple binaries and lazy labels. “An individual’s sexuality cannot be put into boxes or compartmentalised,” he wrote in the seminal Right to Privacy judgment, “it should rather be viewed as fluid, granting the individual the freedom to ascertain her own desires and proclivities.”

But that fundamental right to privacy—and the individual’s freedom to identify and experience her/his own gender—is now under grave legal threat. 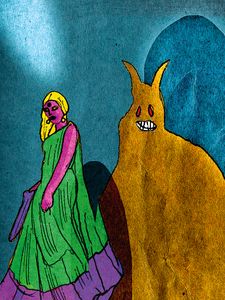 The transgender community of India is deeply concerned about the new Transgender Persons (Protection of Rights) Bill that has been hurriedly pushed through the Lok Sabha, albeit with 27 amendments. One of the biggest problems in an earlier draft of this proposed legislation was how it defined transgender—one who is neither wholly male nor female. After sharp criticism of this regressive, limiting and incorrect language, an amendment has ensured that the definition is now much more encompassing. But, in legal terms, the bill falls drastically short of the key principle of sexual autonomy—self determination. The bill acknowledges the fluid and subjective nature of gender—how it can be amorphous and escape the male-female binary altogether at times. Yet, it stipulates that legal status as a transperson can only come from a certificate issued by a magistrate. To imagine how outrageous this is, think for a moment how it would feel if each one of us had to procure a piece of paper for us to be recognised as either a ‘man’ or a ‘woman’. To allow officials of the state to sanction your gender is to pave the way for not just the violation of privacy, but also the harassment of the poorer and more vulnerable sections of the trans community. We must allow the principle of self determination to drive gender identity, and not invasive bureaucratic procedures or proofs of surgeries. To authorise district-level ‘screening committees’ to determine an individual’s gender is to set the stage for the grossest sort of prying and bullying.

The other problematic proviso in the proposed law is the criminalisation of begging by transpersons. Given that many people in the trans community are already struggling to make ends meet and given their well-documented lack of access to economic opportunities, this clause must be removed. To send transpeople to prison for begging is to punish them for systemic and social injustices.

Also, we must remember that in its NALSA (National Legal Services Authority) judgment, the Supreme Court recognised the historical persecution of the trans community and the need to recognise them as a socially disadvantaged group. But the current bill makes no mention of affirmative action and only talks in terms of rehabilitation.

Bizarrely, the bill appears to cap the punishment for mental and physical abuse of transpeople at two years. This would mean that the rape of a transperson could mean lighter punishment than that of cis women. There is simply no excuse for this kind of abhorrent discrimination in the law.

There are other issues in the bill that have disturbed the trans community, including a lack of understanding of traditional family and livelihood structures of the ‘hijra’ community.

In its present form, the would-be law ignores the entrenched social, cultural and financial inequities of transgender Indians. The Rajya Sabha needs to address these tone-deaf insensitivities before it is too late.