Gen Z is not avoiding responsibilities, it is just being careful

Two honourable justices of the Kerala High Court have rued today’s ‘use-and-throw’ culture in a judgment chastising all those who would expand the word ‘WIFE’ as ‘Worry Invited For Ever’ substituting the old concept of ‘Wise Investment For Ever.’

Dismissing a plea to be released from his wife of ten years, with whom he has three daughters, the honourable justices A. Muhamed Mustaque and Sophy Thomas told a cheating husband that ‘mere quarrels, ordinary wear and tear of matrimonial relationships or casual outbursts of some emotional feelings cannot be treated as cruelties warranting a divorce’. 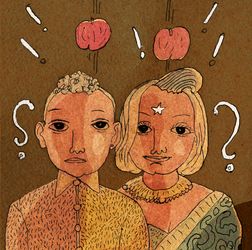 The two-member bench sternly observed that marriage was not ‘a mere ritual or empty ceremony for licensing the sexual urge of the parties,’ and concluded most thunderously that the husband could not seek the assistance of the courts to escape his existing marriage and get his new, “unholy alliance” legalised.’ In a way, they sort-of echoed what the remarkably sorted (and recently divorced) Samantha Ruth Prabhu told Karan Johar on his love-it-or-hate-it-cannot-ignore-it show Koffee with Karan—’You have portrayed marriage to be K3G, when in reality marriage is KGF.’

It is definitely true that in India today, no other institution is being as rigorously examined, renegotiated and re-imagined as marriage is. We see this manifested in hit films like Thappad and Darlings and in well-adjusted celebrity families with any numbers of stepchildren, half-siblings and step parents like the (Pataudi) Khans and the (Boney/Pankaj) Kapoors. The consistently top-ranking daily prime-time show on Indian television for the past two years remains the sensitive and fiercely feminist Anupama, which follows the journey of a middle-aged housewife who finds out her husband has been cheating on her for the past eight years, and seeks to deal with this devastating revelation with her sanity and self-respect intact.

But it is perhaps not correct for the older generation to dismiss today’s young people’s attitude as ‘use and throw’. Because really, the freshest ground reality seems to be that Gen Z, particularly post-pandemic, is loath to throw anything away. Reinventing, sharing and thrift shopping have all seen a huge upswing in their era—a trend manifested in Kim Kardashian wearing not some brand new, obscenely expensive dress to the Met Gala this year, but just a humble hand-me-down—Marilyn Monroe’s iconic 1962 nude silk, Happy-Birthday-Mr President gown.

Because really, why stitch a new dress when there’s a perfectly good one out there already? Why make more babies, when there are tonnes of them to spare on this overloaded planet anyway? Why buy when you can rent, why pay the whole tab when you could share the load of everything from workspace to Ubers to indeed, long-term partners?

This generation, faced with an overabundance of bewildering choices, seems to be reacting not so much by ‘using-and-throwing’, as by sharing. The glib word ‘polyamorous’ is being thrown around a lot nowadays, as is ‘serial monogamy’. Which is all okay, I guess. Any strong institution can survive—indeed it should ideally undergo—vigorous reform and revision, a sort-of spiritual deworming, if you will.

The thing the judges got absolutely right—and which everybody’s favourite Sima aunty stresses so much upon in Indian Matchmaking—is that you have to adjust. Adjusting, tolerance and resilience are key to surviving any long-term relationship. This is the bit today’s kids have an issue with.

Still, my hope is that all this dithering around and trying-on-of-pants-before- buying-them means that when young people do eventually marry it is an informed, well considered, mature decision. And that they take marriage extremely seriously—more seriously than all of us oldies who tamely got married after two weeks of giddy courtship ever did.