A couple of day ago we were fortunate enough to have the honourable chief minister of Haryana take time out of his busy schedule to explain to us simps— in an endearingly candid, matter-of-fact, patient and grandfatherly manner—that the meaning of effective governance is that every tat must immediately be countered with a tit.

What is a tat, you ask? Let me explain.

Whenever farmers, or tribals, or young dalit girls, or student activists, or actors, or megastar-sons-who-happen-to-be-Muslim aggravate the powers that be in any way, that constitutes a tat.

1) Peacefully agitating to have the three farm bills revoked

4) Standing silently by at a JNU rally 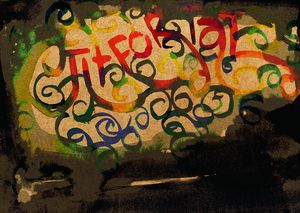 And when you provoke the status quo with one such cheeky ‘tat’, then it is the duty of good governance to immediately, proactively and conscientiously arrange a ‘tit’ for you in return.

Tits, by definition, are mightier that tats. Tits can range from summary detainment on vague charges, burning of movie halls showing your film, investigation of your tax returns, lathi charges, gunfire, rape and murder of you or your loved ones, and mowing-down-by-Thar-or-Fortuner.

Some sticklers are maintaining that the mowing down of four farmers in Lakhimpur, allegedly by the younger son of Union minister Ajay Mishra Teni, is in itself a sort of ‘tat,’ deserving of a severely reprimanding ‘tit’ from the Yogi government. Teni must resign and his son must be tried for murder and drunken driving and inciting violence, they demand. They are also saying foolish things like the ministers of both UP and Haryana be pulled up for making hate-inciting speeches against the protesters.

But these simpletons do not understand the sophisticated subtlety of sathe sathyam samarcharet (That’s fancy BJP speak for tit-for-tat.)

Some noobs are also naively asking why the Narcotics Control Bureau feels that being in the company of people in possession of 13 grams of cocaine and 21 grams of charas is a huge ‘tat’, but being in possession of 3,000kg of heroin, which the Mundra Port was found to be last week, is not. They are even wondering why every mention of Aryan in the news is proceeded by the words ‘Shah Rukh Khan’s son’, but barely any mention of Mundra Port begins with the information ‘Adani-owned.’ Or even why nobody is investigating why so many ships are being caught with mega hauls of heroin off the coast of Gujarat? This, when the whole nation was demanding a clean-up of ‘drug culture’ post Sushant Singh Rajput’s death by suicide last year?

And if it is ‘nepotism culture’ we want to tame, and ‘radical reform’ we want to embrace, ask these noobs, what’s stopping the Yogi government from simply passing a law that disallows any family from monopolising a top post like CM for more than two full terms? Wouldn’t that be a more effective ‘tat’ to nepotism instead of making weird rules forbidding people with more than two children from holding govt jobs or standing for elections?

But clearly such silly people cannot be allowed to mess with the all-important business of administering tits. In these trying times, when offspring are being so troublesome, we must impose our trust solely in our two large-chested, childless bachelors Modi ji and Yogi ji.

Some say they do not give a sh*t, but everybody agrees that they know how to give a tit.