The film Joker made the phrase ‘incel’ mainstream. These are apparently mostly white, cis-gender men, who are involuntarily celibate (hence the term incel)—because the women they would like to get with (allegedly) will not have them because they are ugly/poor/weak/un-charming/scary/damaged in some manner that immediately sets off red flags in the female mind.

These are a similarly sad bunch of Hindu upper caste men, who seem to fear and hate the ‘Muslim alpha male’, as popularised by our three superhero Khans—and are particularly paranoid about ‘love jihad’ by Muslims, or men from what they perceive to be a ‘lower’ caste.

Currently, our ‘hincels’ have got their khaki knickers in a twist because Kareena Kapoor Khan—a pure, gori Punjabi Hindu girl, who committed the cardinal sin of marrying a handsome Muslim ex-royal (himself the product of a love jihad by a Muslim alpha upon a Hindu heroine)—is being considered for the role of Sita in a mega production of the Ramayan. 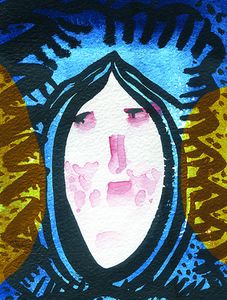 How dare she dream of playing Sita is the main objection, swiftly followed by how dare she demand Rs12 crore for playing Sita? Never mind that the reassuringly all-Hindu Hrithik Roshan, who is being approached to play Ravana, reportedly earned Rs48 crore for his last outing, War. Or that Mahesh Babu, tipped to play Ram, charges Rs20 crore to Rs25 crore for a film.

Kareena, being a female, and married to a Muslim to boot, should apparently beg to play Sita for free and be grateful for the opportunity. Her asking for Rs12 crore is a ‘crime against humanity’, thunder the ‘hincels’ who have clearly never heard the phrase ‘closing the gender wage gap’ or ‘equal pay for equal work.’

The ‘hincels’ then go on to say that the only role Kareena is fit to play in the Ramayan is Shurpanakha, and that Kangana Ranaut would make a better Sita. Uh, are they not aware that Kangana routinely flexes about being ‘the highest paid female star in India?’ And that is something that has endeared her to a lot of her female fans?

Perhaps, the problem is that our ‘hincels’ are involuntarily unemployed as well as involuntarily celibate. So the reality of a gorgeous Hindu girl marrying a gorgeous Muslim alpha male and then going on to earn a damn good living for herself gets them all kinds of butt-hurt.

Which is sort of understandable, if you have got some pity to spare, but I do not. Because we are living in a system where a pack of shady property developers are able to boost the price of land in Ram Janmabhoomi by a good Rs16 crore in half-an-hour without any questions being asked, because piety has no price, but Kareena’s price to play Sita must be bargained down to the minimum!

That is the way the ‘hincels’ roll in hamara hindutva ‘hindia’.