Everybody loves a boy band. From the Beatles, to Backstreet Boys and Boyz II Men, to BTS and One Direction who made the hashtag #10yearsof1D trend just a few days ago, we love the freshness, energy and sheer frisson they bring into our jaded lives. There is just something about the combined impact created by a grouping of four or five comely youths, with freshly broken voices, tousled hair and eager eyes (seemingly) seeking true love, that creates a veritable pheromone storm in the bosoms of women everywhere. Girls want them, boys want to be them and everybody across the board is quite comprehensively enchanted.

Of course, the cheerleader effect, also known as the group attractiveness effect—a cognitive bias which causes people to think individuals are more attractive when they are in a group—has a major role to play here. The term was first coined by that fictional “high-functioning-sociopath” Barney Stinson on the show How I Met Your Mother. Canny, womanising Barney pointed out knowledgeably to his more naïve friends that women (like cheerleaders) always look more attractive in a group, but when separated out, and met one-on-one, cease to look as attractive.

Like a grouping of scatter cushions on a couch, if you are into home décor. Or a group of fighter planes flying in formation, if you are into the action stuff. Anyway, the point I am trying to make here is that record producer and media personality Simon Cowell knew what he was doing when he picked out a motley crew of ordinary-ish British lads with strong singing voices and put them together to create hysteria and history with One Direction ten years ago, and that Rahul Gandhi is looking pretty sad now that he has been separated from Sachin Pilot and Jyotiraditya Scindia—and they are cutting a pretty sorry figure on their own, too. Rumours of Milind Deora and Jitin Prasada getting itchy feet are not helping either. 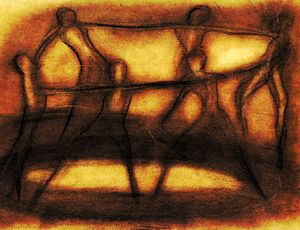 See, if you are a very strong talent, you do not need a boy band. They then fade into the background to become merely your accompanists— like Bruce Springsteen and the E street band, for example. Or Indira Gandhi and the sycophants. Or Narendra Modi and the Pink Lotus Gang. But if the group is greater than the sum of its parts, and nobody is a stand-out performer on their own, then it makes sense to stick with the band. Ditch it, and you end up in obscurity or, to paraphrase a One D superhit, you end up feeling “so low, since you went solo, hole in the middle of your heart like a polo”.

Rahul—the Harry Styles of the Congress Party Boy Band, if you will—put out a solo album recently, namely, his China videos. They seem vaguely reminiscent of Harry Styles’s first solo ballad, the overproduced, world-weary-ish ‘stop your crying, it’s a sign of the times’, ie, hardcore Harry fans felt vindicated in their belief that Harry was the talent that powered One D, but everybody else on the planet was left pretty much unshaken.

Meanwhile, Sachin and Jyotiraditya are prowling around radiating a sort of sullen, wronged Zayn Malik vibe, all broody angst and enigmatic utterances, intermittently belting out Sufi-style wails and romancing beautiful women, and wondering why their life has been reduced to just “f#@king and fighting on, it’s a paradise and it’s a war zone”.

I was never a groupie of the Congress Party Boy Band, but I did dig a couple of their early hits. My advice to them would be to put their petulance and egos aside, kiss and make up and reunite as a band. Sure, they are older, and stouter, and staler, but they are definitely better together. None of them are going to create history on their own.