Last fortnight, buoyed by the Delhi election verdict, I wrote what now seems to be a naïve piece about how the forces of communalism had been dispelled. I gushed that Dilliwallas had proved that the ‘dil’ in Dilli was still beating strong and ended by wishing everyone a Happy Valentine’s Day. Pretty dumb, huh.

Tonight, as I write this, mayhem is descending over Delhi. The images being beamed on TV seem as horrific as anything we saw in 2002 or 1984. It seems pretty clear, to me at least, that these are images of a city that is being punished. Punished for voting as it did. Punished for rejecting a hate-monger like Kapil Mishra, who now feels the need to regain lost face by making provocative remarks at a rally that led to pro-CAA protesters descending on Delhi’s streets. Punished exactly how Parvesh Verma promised we would be if we chose an option that is not the BJP—“tomorrow, if people enter your homes and rape your sisters and daughters, don’t ask Modiji to save you.” Punished for choosing love and development over hate and unemployment. 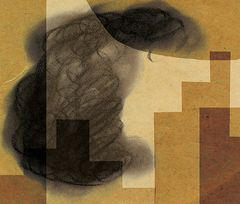 Tonight is a night of conspiracy theories. The Muslims/Pakistanis/Urban Naxals are flexing to make Modi look small during Trump’s visit. There seems to be a schism in the BJP with a more militant faction frantic to show, while the world’s media is in town, how brilliantly the Gujarat model has been reproduced across India. It’s all the doing of the Congress. It is being done to declare President’s rule and kick out the pesky Kejriwal. Pick whatever option suits your confirmation bias. What is clear is that communal forces are far from being dispelled.

In Bengaluru, young Amulya Leona Norohna has been charged with sedition for chanting ‘Pakistan Zindabad’. The fact that she was trying to make the point that we should wish all nations zindabad and none murdabad is lost on a country that has been hopelessly polarised. Amulya has been arrested, but the Sri Ram Sena, which issued a Hindu fatwa (a bhagwa sounds like an appropriate branding for it) to people to kill her and receive a bounty of Rs10 lakh, has not even been chastised yet.

Across India, communal fault-lines have been stoked, and anti-CAA protesters, despite being goaded, have struggled to stay non-violent because they know that the moment they raise their voice, news channels will beam out images, screaming, “See! See! Muslim terror!” But after 60 days of blatant baiting, a man allegedly called Shahrukh may have finally provided the riot-porn image that will make the wet dreams of the communalists come true.

The Trump tamasha has wound up with no concrete trade deal, but at least the Rs130 crore we spent resulted in some good optics. Trump got to strut on stage before 1.2 lakh people to the deathless lyrics—Macho macho man, ready to get down with anyone he can! The trio stood with devoutness before Gandhi’s charkha for photographs, and then the happy couple posed before the Taj Mahal, the Monument of Love. And, Melania was seen visiting a Delhi government school to study the Happiness Project, even as schools in North East Delhi stayed shut. Mutton biryani and malpua was consumed at the Rashtrapati Bhavan banquet, and I am guessing the two Neroes chatted cosily about whether John Oliver is a lower life form than Kunal Kamra and how award standards have fallen so abysmally (Best Picture Oscar for a Korean film? Nobel for Abhijeet Banerjee? McGill Medal for Rana Ayyub?).

Meanwhile we, the people of Delhi, remember the optics from Gujarat 2002 and shudder. And then comfort ourselves with the thought that Qutubuddin Ansari and Ashok Mochi, the subjects of the two riot-porn images that went viral then, met peacefully 17 years later to inaugurate Ashok’s chappal shop and state that their emotions had been stoked by communal forces.

Democracy and better sense will, eventually, triumph in India.