Transforming India in one generation

For India to grow rapidly and sustainably, there are three key strategic priorities

Prime Minister Modi said in his Independence Day speech that India must become a developed nation by the time we complete 100 years of independence. This means we should transform ourselves in one generation and become a high income country by 2047. This can be met only through sustained high growth. 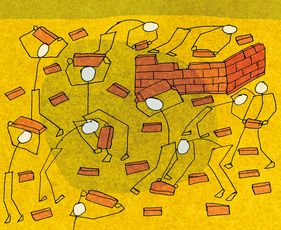 When these countries were growing, global trade was expanding, global debt was at unprecedented levels and there was the luxury of carbonising while industrialising. India has several challenges: global supply chains are disrupted, global trade is impacted, the flow of debt has slowed down, and India will have to be the first country to industrialise without carbonising.

For India to grow rapidly and sustainably, there are three key strategic priorities. First, India has to create world class infrastructure. The National Infrastructure Pipeline (NIP) FY 20-25 of Rs1.97 lakh crore is a first-of-its-kind exercise in this direction. The Central government has a 39 per cent stake in NIP and the states 40 per cent. The remaining 21 per cent funding will be through private sector.

The second key priority is urbanisation, which will have to be a major driver of growth and jobs. India will see 500 million people being urbanised in the next five decades. This is a huge opportunity to plan and create next-generation cities with public transport, walk to work and compact, dense planning.

The third key strategy is to make our enterprises globally competitive. This entails reducing regulations and making India the easiest place to do business in. India needs to be a highly innovative country with focus on research and development, become a champion in sunrise areas of growth and a leader in artificial intelligence, machine learning and industry 4.0. Our ability to use vast amounts of data, and continuous impetus to our start-up movement, will be critical.

The share of agriculture in India’s GDP (19 per cent) is far higher than the world average (4.3 per cent). Even more worrying, the share of employment in agriculture (42.6 per cent) is too high for a country aspiring to create high quality jobs. Therefore, India has to fire on all cylinders: manufacturing, services and enhanced agricultural productivity.

India will grow only when Indian states grow at high rates. While Goa and Sikkim have five times the average per capita GDP, states like Bihar, Jharkhand and Chhattisgarh need to rapidly grow. They remain far below the average. States hold the key to sustained growth over a three-decade period. Sustained growth will not be feasible without states being the driver of change. States must become the champions of India’s growth story.