India taking over presidency of G20 this year. What it means

India believes that G20 countries must come together

India will soon be taking over the presidency of the G20 from Indonesia. Preparations for the same are underway. While the agenda and priorities for the presidency are still evolving, India is committed to focusing on issues of critical importance to the world. The G20 comprises the world’s largest economies, both advanced and emerging nations, and accounts for 80 per cent of the global GDP, 75 per cent of the global trade, two-thirds of the global population. It is today the world’s key body for handling global economic and developmental issues.

The world is facing a “uniquely challenging moment” due to the pandemic, debt distress, food and energy security, and the triple planetary crisis of climate change, biodiversity loss and pollution, along with instability and conflict that are impacting people globally.

The global development agenda is facing monumental challenges at present. The pandemic came on the eve of “Decade of Action” and has disrupted decades of developmental progress in the world on many fronts. Its adverse ripple effects have impacted health, education and nutrition. These effects are compounded by the knock on effects of ongoing conflict in Europe. India believes that a conversation on economic growth with sustainability is the need of the hour. The G20 should lead the discussion on how countries can work together to ensure return to economic growth, but one which is rooted in sustainability and sustainable lifestyle.

The concept of LiFE was introduced by Prime Minister Narendra Modi during the 26th United Nations Climate Change Conference of Parties (COP26) in Glasgow, 2021. A global initiative ‘Lifestyle for the Environment-LiFE Movement’ was launched on World Environment Day. India hopes to highlight LiFE as a critical focus area for discussion and action during our presidency. 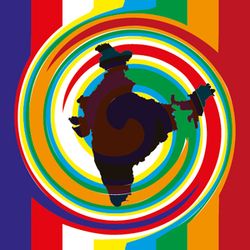 India believes that digital technology and digital public platforms are key to deepening engagements of government with citizens. Our belief is that digital identity, content-based framework and payments are key building blocks for a digital future. Digital solutions to traditional problems have transformed and elevated the lives of people across the world. During India’s presidency, we would like to help take this discussion forward.

India also hopes to bring into the G20 discussions a focused conversation on Disaster Risk Reduction (DRR). The average annual loss from disasters globally is approximately $218 billion. We believe that a working group on DRR would help the global efforts in reducing the loss of life and livelihood.

India believes that the G20 countries must come together to deliver on matters of crucial importance to the world and not let the Russia-Ukraine crisis dominate the broader agenda. The G20 should show necessary leadership and flexibility to accommodate harmonious differences among its members to effectively deliver outcomes.

The G20, in India, will comprise around 200 events to be held across all the states and Union Territories. The opportunity is to execute them to perfection and send back every guest as a brand ambassador of India. Our aim is to create a uniquely Indian experience, which is spiritually invigorating and mentally rejuvenating. India’s achievements—both nationally and internationally—have earned us goodwill. India’s stature is extremely tall in the hearts of people. The G20 will elevate it to even greater heights.