ED charge-sheeted Jacqueline in the case against conman Sukesh Chandrasekhar

Cannot think of a more bizarre ‘love story’ featuring an ace conman operating out of a luxe ‘office’ inside Tihar jail, and a leading Bollywood actress, who accepted lavish gifts worth over 05 crore from this ardent suitor over seven months of their ‘affair’. Now that the ED has accused 37-year-old Jacqueline Fernandez, the gorgeous Sri Lankan model/actor, in the 0215 crore extortion and money laundering case against her ‘boyfriend’, Sukesh Chandrasekhar, her lawyer is going to have a tough time explaining why the star accepted extravagant and pretty unusual presents (an Arabian stallion valued at 052 lakh, three Persian cats at 09 lakh each, diamonds from Tiffany’s, hand bags from Hermes and countless haute couture dresses).

Jacqueline is pleading innocence claiming she had no idea that the man she had posed with for intimate selfies with while he was out on bail was an ace trickster who had allegedly diddled Aditi Shivendra Singh, wife of the jailed former Religare MD, of over Rs200 crore. 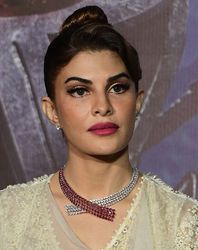 The Bahrain-born Jacqueline is no babe in the woods. She is a bright, well-spoken, educated, beauty pageant winner who got into Bollywood in 2009, after acquiring a mass communications degree from the University of Sydney. In fact, till she found herself in this monumental mess, dealing with a lookout notice that prevents her from leaving India, Jacqueline had convincingly established her credentials in this tough industry as a popular, well-liked professional nobody bitched about. Friendly and outgoing, in an environment that is notoriously indifferent to ‘outsiders’, here was a multiracial, hard working actor who had found widespread acceptance in India’s cut-throat movie and advertising world.

Her fortune changed overnight after the ED named her—all the goodwill vanished and she has been dropped from big ticket projects like The Ghost with Nagarajuna. Nobody is accepting her version of the narrative, in which she claims she had zero idea of Sukesh’s antecedents and assumed her generous benefactor was making all those video calls from his corner office!

Meanwhile, Nora Fatehi and other nubile recipients of Sukesh’s magnanimity, are wondering what awaits them now that the ED is hot on the trail of Sukesh’s lovelies, who allegedly used to visit him in Tihar, where he reportedly entertained them in style with food and alcohol from the Taj.

The few times I met Jacqueline, I was charmed off my feet by her open and genuinely friendly behaviour. Jackie is like Priyanka Chopra—very international. Like PC, she is also a good businesswoman with sound investments. She has made good money in showbiz, especially after being a judge on a dance reality show. How on earth did someone as smart and successful fall for a jailbird, who avoided meeting her in person citing Covid restrictions! Had she Googled the man, she would have discovered his actual address (Tihar!); he has been in jail since 2017! Her lawyers are talking about a ‘larger criminal conspiracy’ and calling her a victim.

I met her at the Mumbai International airport just before the lockdown and we had a quick chat over coffee. She was looking fresher than a just picked daisy, sans make-up, and clad in casual jeans. No comical ‘airport look’, and no annoying hangers on. She could have been any other, very attractive, corporate woman catching a flight to attend a convention overseas.

With all this going for her, Jackie blew it after forgetting her better sense and getting trapped by a smooth-talking conman who posed as a fan after extracting her number from her make-up man.

Now that most of her assets have been attached, I wonder how her ‘friends’ in Bollywood will treat her. So far, not a single one of her colleagues has come forward to express support. Her next big release is a movie titled Ram Setu. Maybe Chandrasekhar has already arranged a private screening inside Tihar—popcorn and beer, on the house?