Films like ‘Laal Singh Chaddha’ would have tanked on their own, boycott or not

#BOYCOTT IS SO yesterday... move on!

I recently visited a popular hill station near Mumbai named Panchgani. In the old days, it was famous for its strawberries. Today, locals proudly say, “Aamir Khan lives here.” People of Panchgani are hardly the star-struck variety. After all, it’s a Brit zamana hill station, founded by Lord Chesson in the 1860s as a summer resort for goras sweltering in the Deccan heat. Aamir must have been charmed enough to buy a two-acre plot with a colonial cottage at Sydney Point, with sweeping views of a verdant valley. It is here that he married Kiran Rao in 2005 (they divorced in 2021). The cottage is an important landmark in Panchgani these days, as tourists stop their buses to click pictures.

I was thinking of Aamir as I drove up to the famous Table Land. What is all this nonsense about asking the public to boycott his latest film Laal Singh Chaddha? The film tanked on its own, without any help from troll armies. But this is about targeting an individual and pushing cinema-goers to boycott his film because his views are not compatible with theirs. 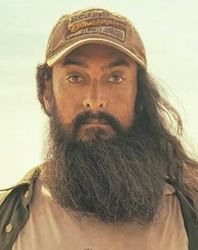 Aamir is not your typical Bollywood star. He is known as ‘Mr Perfectionist’in the film industry. Over the years, he has invested in what he loves the most—movies—and given fans plenty to admire as a filmmaker/actor who follows his own vision. Some movies broke records and did exceptional business, but his latest one clearly failed to capture the imagination of viewers. That’s the nature of movie-making. There is no formula! Aamir has always done it his way. It’s an artistic and business risk that banks on healthy returns at the box-office. Aamir’s personal and political views are his own.

What the cancel culture is attempting to do today is ugly and unprecedented. Calling citizens to boycott films, indulging in intimidation, stoning theatres, burning posters and effigies—come on! Whether it is Aamir Khan or Hrithik Roshan, this sort of targeting is unfair and a blatant act of hostility. The climate is such that any perceived ‘lapse’ can be pounced on to demand a boycott. Hrithik is in a soup for a food delivery ad in which he has mentioned ‘Mahakal’, a restaurant, and not the temple by the same name. The backlash was swift and aggressive. The actor has expressed his ‘sincerest apology’ and there it should end. But will it? The ‘Mahakal’ restaurant in Ujjain does high volume business for Zomato that used Hrithik in the ad. Why has the restaurant not been asked to change its name? If Roshan is being accused of hurting Hindu sentiments, it begs the question—how come the restaurant flourishes?

Each time an actor is pushed into issuing apologies for an inadvertent ‘error’, a nasty message goes out to other celebrities to watch their every public utterance, in case some vested interest/lobby launches a hate campaign and pulverises the individual. Film stars make the softest targets in our country. Only the biggest are systematically brought down in this bully-boy manner. Shah Rukh Khan’s Pathan is already being damned, before its release.

The strange thing about all the recent boycott campaigns is the glaring contradiction involved. Akshay Kumar’s Raksha Bandhan tanked along with Laal Singh Chaddha. They would have tanked whether or not a boycott was demanded. Word-of-mouth had done the job far more lethally and swiftly. Digging up old interviews and remarks without providing any context is a Machiavellian tactic we should all guard against.

Aamir’s latest had an embarrassingly low opening (Rs11.7 crore on day 1). His Thugs of Hindostan (2018) had opened with Rs52 crore, before sinking. This is a reflection of an idealistic movie maker being out of sync with changing audience tastes. There are no alibis for failure in the movie world—not even boycotts.

A trip to Panchgani for some heavy-duty introspection seems overdue.