Kapil Dev is at the stage where immortality beckons with a well-made biopic: Shobhaa De

Kapil Dev and I share the same zodiac sign (capricorn) and our birthdays are a day apart. Alas, there it ends! I so wish I had his ferocious appetite for scaling great heights and his phenomenal people skills.

I recall a birthday party he had hosted years ago at a fancy suite in the Taj Mahal Palace Hotel. He had generously invited us to attend it and bring in my birthday, post-midnight. It was a fabulous evening, filled with rambunctious tales of cricketing masti, with Kapil holding court, surrounded by breathless admirers. Gallons of alcohol were glugged as Kapil regaled guests, speaking ‘Kaplish’—his unique brand of English that sounds more Haryanvi and is utterly captivating. Kapil’s confidence has always been such that he has managed to convert a “disadvantage” (lack of fluency in the Queen’s English) to an endearing trait that instantly connects to millions of Indians and Pakistanis. 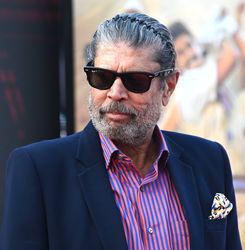 Kapil’s robust attitude to life has made him a champion of champions—the ‘Haryana Hurricane’ is the only player to have taken more than 400 wickets (434) and scored more than 5,000 runs in Tests. Awarded the Padma Bhushan (1991) and inducted into the ICC Cricket Hall of Fame, he is at that stage in his life when immortality beckons via a well made biopic (83)—starring the irrepressible Ranveer Singh as Kapil—which has set the box-office on fire!

I remember Kapil walking into a super-glam Bollywood party and completely stealing the show when he left all the chattering, preening celebrities and went to the service area where frenzied waiters were trying hard to keep guests happy. Kapil hung around with them, posing for countless pictures, his arm thrown around the overwhelmed waiting staff. The posse of photographers abandoned the other big-ticket stars and surrounded Kapil. I would like to believe he was being genuine and not trying to upstage anybody else. By speaking to the staff in rustic Hindi and Punjabi and acknowledging them, he had made their evening!

Now comes the movie. According to sources, Kapil cut a mean deal with the studios and managed to get Rs15 crore as a fee, of which he kept five for himself, and distributed the rest among the team. As the son of a timber merchant from what is Pakistan today, Kapil is known to be a shrewd businessman. Each time I visit Chandigarh where he grew up, I pass Kaptain’s Retreat, his popular restaurant. He has interests in many other companies and a passion for cars. His wife, Romi, calls herself an entrepreneur. Their daughter Amiya was born 16 years after their marriage.

Kapil leads a flamboyant public life, unlike some of his contemporaries. Teammates say he works hard and plays even harder! Why not? He is a natural athlete, a triple jumper in his youth, plays football and golf and excels at both. He will be 63 next month, and look at him! Something of Ranveer Singh seems to have rubbed off on Kapil—these days he sports hairbands, a ponytail and extravagantly sequined jackets. The two together cut quite an OTT picture!

The movie has clicked with millennials and Gen Z, who were not born when Kapil lifted the World Cup. People of my vintage can clearly remember the moment when India was weeping with joy and Kapil was by far the biggest icon alive! How our current Boys in Blue fare in South Africa remains to be seen. But, as of now, the cricketing triumph in 83 is what has captured our imagination. As always, Kapil has come out on top once again, inspiring thousands of young cricketers to pick up that bat, and hit the ball out of the stadium, just like their hero!

About the movie, my lips are sealed. Go buy a ticket and watch it in 3D. Take a box of tissues; you will need it!

See ya on the other side!