Fans of superstar Shah Rukh Khan are neatly divided, following the dramatic arrest of his son—Aryan Khan, 23, who was picked up by the Narcotics Control Bureau, along with seven others, during a raid on a rave party being held on a cruise liner. Inevitably, his arrest dominated news channels, as anchors went into overdrive with breathless reports and flimsy information. The tragic death of four protesting farmers in Lakhimpur Kheri, who were killed after being hit by a convoy, was barely covered. Sad, but that is how global media operates when a JUICY high-profile celebrity story breaks.

Aryan is being called a bachcha (child), a ‘good kid’ by supporters of his parents, and the irony of those comments gets lost in the overall noise surrounding the case. This is not a blame game at all—but at 23, Aryan is a full-fledged adult, a graduate, and should not be referred to or treated as a bachcha. Let the NCB do its job. Chances are, the young man (not a ‘kid’) will get off with a rap on the knuckles. As any other person in his exact circumstances also would, once the legal formalities get resolved. The thing is, Aryan is not ‘any other person’. There is a downside to being the son of one of India’s most iconic movie stars. Just as there are several upsides—too obvious to warrant elaboration. Had Aryan been just another rich man’s son partying on the cruise liner that night, the NCB would not have bothered to pump up their so-called success. Aryan was their target and trump card. Eventually, they found nothing on his person! But the way the story played out during those first few hours, one would have thought Aryan was caught red-handed with a huge haul of contraband drugs. 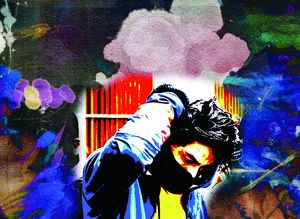 At the moment, there is egg on several faces. People are asking why the NCB continues to focus so much on a certain section of Mumbai’s society, while ignoring the real culprits. Agreed, a famous catch sends out a strong signal to others .The party circuit quietens down while regulars wait for the storm to blow over.

For the NCB to be taken more seriously by the public, the officers have to establish their credentials more convincingly. Aryan will always remember his few hours in custody, and perhaps choose his friends more carefully in future. But the raves will continue across India—in Goa, Delhi and Mumbai. In Jaipur, Lucknow and Chennai. In Chandigarh, Raipur and Ludhiana. Anywhere and everywhere the drug trail flourishes. Nabbing the big fish is far more challenging than picking up Aryan. But that does not get the NCB any headlines! The top guys insist they are serious about tackling the drug menace on a war footing. If so, citizens are keen to know what happened to the recent monumental drug haul at the Mundra port in Gujarat? What was done with the confiscated drugs? Was the entire consignment burnt? Or just a small part of it? Will the rest of the haul find its way into the market while law enforcers look the other way?

Aryan is fortunate enough to have led a highly privileged life so far. He has enjoyed multiple perks being the son of a multi-millionaire father. Unfortunately, there is always a price tag attached to fame and fortune. This is not just a wake-up call, but a ‘grow up’ call. The family’s well-wishers should be mindful of the words they choose while talking about Aryan. “Allow the bachcha to breathe,’’ urged Suniel Shetty to the media. Suffocation comes in many guises. Beware….