The amazing thing about Shilpa Shetty is how easily she makes friends. She is one of those rare, supremely attractive women who is equally admired by men and women. I have known her and her family for years and marveled at her impeccable conduct in public. No tantrums, no starry airs, no attitude. Her professionalism is acknowledged by the exacting film industry, and after 29 years of being a part of showbiz, Shilpa, at age 46, has led a charmed life—especially after her hard won £100,000, when she defeated Jermaine Jackson, survived Jade Goody’s racist taunts and emerged victorious in the Celebrity Big Brother reality show (2007).

Shilpa is in the news these days for entirely different reasons. The Bombay High Court threw out the bail application of her husband, Raj Kundra; he stays in jail, accused of peddling pornographic videos, destroying evidence and exploiting young starlets. After a longish silence, Shilpa issued a carefully worded press statement, asking for privacy as a mother of two children.

The thing in this case is: despite the sleazy nature of the allegations against her husband Raj, by and large Shilpa has been spared and nothing rubbed off on her. In fact, many women felt sorry for her predicament—perhaps identifying with her situation. What is a wife supposed to do under such circumstances? Did Shilpa know or not know about the nature of her husband’s ‘business’? Should she be given the benefit of the doubt and exonerated? Even though she was (till recently) a co-director in his firms? Could she have been totally in the dark about the smutty videos that were being shot and sold to millions of subscribers internationally? 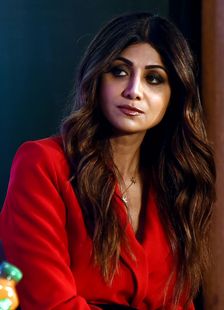 So many wives have been similarly implicated in legitimate businesses owned and conducted by their husbands, and have blindly signed documents, without glancing at their content! Stupid? Of course! But a trusting wife rarely subjects her husband’s paperwork to the kind of scrutiny it demands. Shilpa will not be the first or last one to do the same—assuming that’s her contention. I have known highly-educated, business savvy ladies who have been ruined by their husbands’ corrupt ways. One does not have to look beyond the high-profile bankers in jail, whose loyal wives are under the scanner for signing dodgy documents. Traditional societies demand this level of unquestioning, unconditional trust and obedience from wives. A wife who dares to question her husband’s professional conduct or refuses to sign on the dotted line is viewed with suspicion and hostility.

The few times I met Raj and Shilpa, I found them in perfect sync. Now, if that was a façade or a careful construct, is impossible to tell. The public projection of a very much in love couple, raising a young family, and posting cute videos, was credible enough for fans to swallow. Shilpa’s immense popularity as a judge on dance reality shows kept her visible and relevant. Significantly, when Raj was asked what sort of a business he was in that afforded both of them such a lavish lifestyle, he had laughed and answered, “I find it easier to run multiple businesses… than handle my wife’s nakhras.” It was a shrewd, non-committal response that gave nothing away, while Shilpa continued to slave in the studios!

Perhaps the Kundra imbroglio will serve as a lesson to other equally ‘ignorant’ wives who claim they had no idea what their husbands did for a living. Till an unsavoury scandal lands not only the man you married into a hot soup, but also you, the gullible idiot who trusted the scoundrel. Despite her goodwill and popularity, not a single film industry personality (except Madhavan) spoke up for her. That is how showbiz works.