Do not give me pressure and pain, I have made my decision…. I am saying ‘no’ to politics.” The “people’s leader (Thalaivar)” has got his fans into an absolute tizzy with his sudden about-turn. This is called bad politics. Either you boldly take the plunge and swim, or you keep your mouth shut. The most successful actor in the history of Tamil cinema clearly missed his cue―plain and simple. Besides, Rajinikanth is not a run-of-the-mill regional superstar―his fans worship him as God incarnate.

For a man who started his adult life taking up odd jobs as a carpenter, coolie and bus conductor, Rajinikanth’s extraordinary story is worthy of a detailed biopic on Netflix. There are Bollywood stars who are far wealthier than he is. But hey, Rajini was honoured with a Padma Vibhushan in 2016, and his earlier films dubbed in Japanese and other languages make him a bigger global icon than any other Indian actor―including Amitabh Bachchan.

Somewhere along the way to achieving his unique positioning as a “megastar” in the movie firmament (and following in the tradition of other stars from Tamil Nadu like MGR), it was inevitable that Rajini would be wooed by hungry political parties to hop on the bandwagon and capitalise on his stupendous following. But Rajini had other plans―he tantalised his admirers by announcing that he would start his own party and fight from every constituency in the state. His bombastic claim was met with healthy scepticism by political players―if at all, Rajini should have taken the plunge in 2016, they felt. It was already too late to leverage his popularity and fame.

Then came Rajini’s recent health hiccup, that further derailed the key decision and made the waiting game painful. “Will he or won’t he?” as a political strategy does not always work. In Rajini’s case, the wavering resulted in a yawn. Nobody really cared after a point. This is the sad part. Two big stars from the south―Rajinikanth and Kamal Haasan―have fallen flat trying to become mass political leaders. It is all about timing and branding. Both need to be in sync for a late career in politics to take off and soar. These two got it wrong. 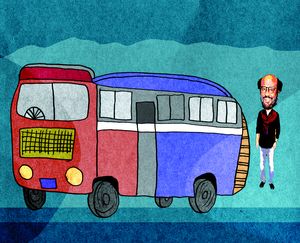 Superstars like Shah Rukh Khan and Salman Khan know their power and clout―they are smart enough to use politics and politicians to further their film ambitions, without stepping into that murky world themselves. Amitabh Bachchan tried and shrewdly withdrew after a tepid flirtation with the second oldest profession in the world. Not everyone possesses MGR’s magic.

I have never met Rajini, but I did interact with his gorgeous daughter Aishwarya and through her, his wife, Latha. Both the accomplished ladies behaved in a refreshingly “normal” way―no attempt to attract extra attention, and no borrowed starry airs. Some of their Bollywood counterparts make a career out of reflected glory and strut around surrounded by beefy bodyguards. Aishwarya is stylish, sophisticated, well-read and charming. The parents have done something right! I look at a few Bollywood brats throwing their weight around, demanding privileges, and the difference in upbringing becomes instantly apparent.

Thalaivar has spoken! Let us hope this is his final and well-considered position about getting into politics. It takes courage to back out at such a late stage―an actor risks losing face. Rajini has bowed out at just the right moment, without embarrassing himself any further.

Health before all else, sir! I would like to think the pandemic is to blame for his ding-dong stance on politics. Covid-19 played wicked tricks with far too many folks and made some of us delusional. Rajini sir bailed out in the nick of time.