It must be totally bizarre for a 69-year-old woman to be constantly addressed as Zeenie baby (I plead guilty—it was a Stardust tag ). But such is the power of enduring and catchy nicknames. Zeenat Aman is gracious enough to not blush when she is thus addressed by fans. But her latest foray, playing Mahatma Gandhi’s wife Kasturba on stage, has got audiences curious. One can call it a case of inspired casting… or a neat commercial decision to rope in a yesteryear sex symbol to portray the life and yearnings of a woman whose sex life comes with many question marks. Some of my friends from across the border tittered and mocked the choice of Zeenat starring in a play titled Dearest Bapu, Love Kasturba, and called it “absurd”. But, hey—as a local critic pointed out pertinently, if we could accept a white actor (Ben Kingsley) playing the Mahatma, why cannot we applaud the team for casting Zeenat as Kasturba? I totally agree.

The night Dearest Bapu… was premiering in south Mumbai, Zeenat sent me a sweet text, inviting me. I would have jumped at it, had a family wedding not clashed. Our short exchange was affectionate and appropriate. Zeenat is old-fashioned when it comes to good manners. I have always appreciated this attribute. She is never pushy—not even when she has her back to the wall, and could do with help. As I discovered when she was dealing with a conman—an absolute menace, who had cheated her out of a substantial amount in money and jewellery. A man she had blindly trusted. Yes, she had approached the police and had him apprehended. But her problem was not about to end with the criminal being behind bars. Despite the odds, and dealing with multiple issues, Zeenat was steadfast in her resolve to tackle the matter in the correct way, without seeking the influence of well-connected friends. 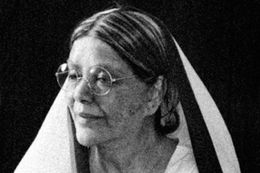 For the past two decades, Zeenat has chosen to live her life as a semi-recluse. She told me she handles all her business affairs, including international appearances and promotions entirely on her own. This approach, in an era of a phalanx of pesky, bossy minders handling stars, is most refreshing. Zeenat has been seen on various TV shows, or gracing the odd award function, but she has behaved with absolute dignity, minus starry hype. And to think 30 years ago, Zeenat was one of the hottest women on the planet! I knew some of her ardent suitors, and the roll call of names is most impressive. I remember interviewing her when she was allegedly dating the then captain of the Pakistani cricket team—Imran Khan. Both were single at the time.

I intend to watch her play soon. Zeenat has returned to the stage after 15 years. Critics say the absence shows in her faltering delivery. But I can safely predict a safe run, despite the dreary reviews.

It needs a huge leap of the imagination to see the same voluptuous leading lady from hits like Don, playing Kasturba’s ‘spirit’ clad in shapeless, white khadi. Zeenat did point out the obvious disconnect when she mentioned the disparity in their frames—Kasturba was a petite woman while Zeenat is a tall, big girl. But good theatre is supposed to submerge the audience in illusion and fantasy. Perhaps, a few more rigorous rehearsals and a rejigging of the dialogues will generate a more positive buzz. As for me—I will attend just to watch my old friend Zeenat on stage. And ignore all the obvious flaws in the production.