Margaret Mascarenhas, transnational poet, essayist and curator, who passed away in Goa on July 14, had sent me one of her typically worded, sharp and witty text messages around 5pm on Saturday, July 13. She needed some help with a banking issue and as she cryptically stated, she did not have much time left, and would the bank manager in Goa kindly visit her at home to get a few key signatures, since she was hooked up to a drip, and very weak? I instantly activated a senior at her bank, who promised to send someone over on Monday.

Too late. On Sunday morning, I had just finished an exhilarating session at the Mysuru Literature Festival, when my husband informed me that my friend of four decades was no more. I had planned to visit her at her village home to say our final goodbyes, a week or so earlier. But the deluge in Mumbai had led to a mass cancellation of flights that morning. Her text had noted: “I am not a pretty sight…, do not fly in dangerous weather DE-ity.” This was her nickname for me. The one we always laughed over. Our relationship had started on a shaky note at an edit meet for a city magazine that never took off. She had recently recalled my negative reaction to her bright red nail paint. And she confessed she had pretty much disliked everything about me. 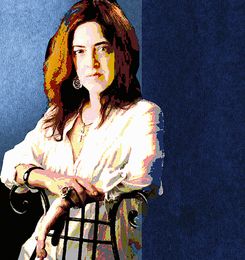 Margaret was an unusual woman—fiercely individualistic and with a formidable ego. Out of her three published books, I liked Triage: Casualties of Love and Sex the most, though it is Skin—her first book—that shot her into prominence.

Margaret was not afraid of anything, not even death. In keeping with her free and ferocious spirit, she gave her Facebook friends a ten-day window to save any material they wanted from her account, since she planned to totally obliterate her presence on social media, claiming full agency over her words. She managed to do just that.

She was also puzzled by the concept of ‘legacy’ and wanted none of it. As her long time friend Peter Griffin mentioned to me, they had discussed it a few days before she passed, and it was mutually decided she would be happy “haunting” her loved ones as either a Goan kingfisher or a glittering firefly.

She had declared us to be “soul sisters” and our exchanges were invariably energising, as we discussed books, music, food (her passions), and children. She had held mine when they were babies and remembered each one of them by early character traits and idiosyncrasies.

She had sent me a lovely photograph of us together, a few days before her condition deteriorated. Towards the end, she was too frail to chat, slipping in and out of consciousness. Despite the acute, debilitating pain, she would joke about her worsening condition and we would laugh over the after effects of morphine patches and what a bitch life was.

I had heard her sing several times, and watched her dance—her large, expressive blue eyes surveying the space, not missing a thing. And I recalled her matter of fact remark when she shared, “I have a perfect body. I cannot tell you the number of artists, painters, photographers who want to work with me.” This was not vanity. I will always remember our candid conversation, and feel deeply saddened about this same perfect body being ravaged in the end.

I think of her vibrant presence as she worked strenuously on the Blue Shores Prison Art project with criminals and reluctant prison officials. Just Another Car Bomb (working title) was the book she was working on. What happens to that? What happens to anything, once the creator dies? A kingfisher or a firefly suddenly appears… and for a brief, while we fool ourselves about the glitter of our existence.