Our man in Washington

When my husband and I met Harsh Vardhan Shringla, the youngest Indian ambassador to the United States of America, he was, at the time, the youngest Indian ambassador to Thailand! We hit it off instantly! It was a delightful experience spending time with him and his wife Hemal, at their tastefully done up residence in Bangkok. What struck me about him was his innate grace and humility—nothing put on, nothing fake. He was natural, likeable and relaxed, as he chatted with our small group on a muggy evening in the capital of Thailand. The other guests were local VIPs and celebrities, and a few prominent Bangkok-based Indian businessmen. I was also introduced to the then King’s sister, and to a petite Thai princess named Priyanandana, who was once married to Maharani Gayatri Devi’s son Jagat. Gosh! What a small world!

Once I discovered Harsh was a Mayo College boy, who later went to St. Stephen’s in Delhi, several connections popped up spontaneously, and as the evening progressed, over excellent khaana peena, a grand evening was had by all. We also spent time on a well-organised evening river cruise, during which Harsh chatted informally and easily with everybody. I have interacted with many other Indian ambassadors over the years, but never with one who displayed such refinement and intellectual sophistication. Hemal, his artistic wife, was equally chilled out. I have met a few exceedingly snooty wives of Indian ambassadors, who behave like empresses with embassy staff, and treat guests with barely disguised condescension. As a couple, both of them were refreshingly ‘normal’, given his impressive credentials. Harsh speaks French, Vietnamese, Nepalese, English and several Indian languages. The soft-spoken boy from Darjeeling is a foodie and has a great eye for art. With his interesting postings (Israel, Bangladesh), he has a repertoire of stories and observations that provide fascinating insights into his busy, rich life. 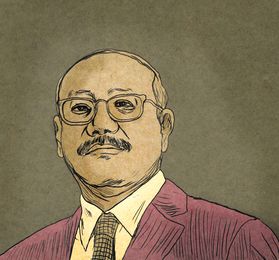 On New Year’s Day this year, Harsh (IFS batch of 1984), presented his credentials to the President Donald Trump. Perhaps for the first time, one of our ambassadors indulged himself on this momentous occasion. Harsh not just shot a video of the short and picturesque ride up the drive-away to the White House, where a ceremonial welcome and guard of honour awaited him, but also posted it on Facebook. It was a charming clip from inside his car, and he frequently zoomed in on the Indian tricolour fluttering on the bonnet. For some reason, I found the whole thing deeply moving and got goosebumps, as I watched the final shot which showed our dapper ambassador emerging from the car, and being smartly saluted by White House staffers before stepping inside the imposing doors of the most famous living quarters on earth. He was off to an auspicious start!

With Narendra Modi back as prime minister, Harsh will be focusing on consolidating the even closer ties that both nations clearly want to cement going forward. So far, Modi has not been as visibly effusive and demonstrative with Trump as he was with Trump’s predecessor Barack Obama. Harsh being a low key, discreet diplomat, will work quietly and efficiently behind the scenes to ensure various fresh initiatives are green lighted soon.

As for me, I don’t have immediate plans to visit the US, but, honestly speaking, I am tempted to do so, for one reason alone: my affection for this elegant and compassionate man, whose intellect is formidable enough for him not to show it off. That sort of showing off is best left to amateurs! Shringla is a class act. India’s relations with the US are in his safe hands.