Keiko Hagihara Bang arrives in India with a bang!

Keiko Hagihara Bang is a magnetic force of creative energy. She is a Singapore-based ‘immersive media expert’, frequently described as a visionary and futurist. But, to me, she is simply ‘Keiko’, a wonderful friend I made more than a decade ago. She was then producer-director of a promotional film made by Singapore Tourism, especially for desi visitors who had started to flock to the island country in large numbers. I was the chosen one! It was the Singapore experience seen through my eyes. I remember meeting Keiko for a briefing before the shoot and being most impressed by her dynamism and efficiency. I thoroughly enjoyed my shoot with her team.

We lost touch a little after that, till I received her jaunty email informing me of her arrival in Mumbai. We promptly set up a date to meet at my home. Keiko was in Mumbai to promote all things Korean, from K-Pop, movies, TV series to lifestyle products. How come? Well, Keiko’s husband heads an international bank in Korea, and she shuttles between her offices in Singapore and Seoul. Keiko is half-Japanese (father) and half-American. Since we met, she has produced more than 50 films and many more documentaries. She has been a reporter for CNN, NHK and CNBC, and broken great stories, besides getting involved with a UNESCO project—Beautiful Minds—that helps girls get a better life through education. And, these are just some of the things Keiko has been up to! 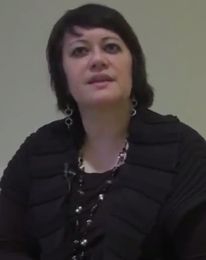 She arrives dressed in chic black, wearing dramatic architectural silver jewellery. Keiko is on a high! She has just concluded a mega deal with a local television partner and will soon be announcing an ambitious programme, involving a festival of Korean films. She will also be back with one of the most popular K-Pop groups, starting with a concert in Mumbai and then in Chennai. “Everyone expected us to pencil in Nagaland for the first concert,” she says, laughing. “K-Pop has a huge fanbase in the northeast. But, our research showed a great deal of enthusiasm from young people in Chennai and Kolkata, too.”

Keiko has studied fandom across cultures closely, as is evident in movies like Hip Korea: Seoul Vibes and documentaries on icons like Jackie Chan. She can roll out data about cross-cultural music influencers like the phenomenally popular singer of ‘Gangnam Style’. She says she is focusing on ‘technology-led storytelling’, which is the future of entertainment. Her knowledge and understanding of the various mediums and platforms available today is so vast that at the end of an hour my head was reeling! Vibrant, articulate and attractive, Keiko is on a mission to break boundaries by exposing the young to what is going on in other countries. She was so impressed with Gully Boy that she wants to take it to Japan and Korea.

I offered her snacks like Gujarati dhokla, Bengali sandesh and Kerela tapioca chips. She couldn’t get enough of them! An adventurous palate is the other thing we share. As Keiko reeled off statistics, she talked about how terrifically well Prime Minister Narendra Modi and South Korean President Moon Jae-in hit it off, paving the way for significant commercial and artistic exchanges.

Her deep understanding of fandom is what intrigued me the most. She has spent long hours tracking the influence of K-Pop over fans who do not understand Korean lyrics, but are hooked! When the first K-Pop group to perform overseas went to Peru, the members were stunned to see 10,000 fans at the hotel. She expects the same to happen when K-Pop comes to India. I am sure she is right when she predicts mega success for the various artistes she will be lining up in the coming months. She is also pushing Korean corporations to participate in expos to further business interests that will be a win-win for both countries. Keiko certainly has arrived in India with a Bang!