Banker-turned-politician Meera Sanyal died recently at the age of 57 after battling cancer for two years. The extraordinary thing about Meera was her steadfastness in whatever she did. In 2014, she quit as the CEO and chairperson of the Royal Bank of Scotland to join the fledgling Aam Aadmi Party. While corporate honchos go on and on about being the change you want to see, not many give up a cushy position to pursue an ideal. Meera had the moral courage to do just that.

She urged others from her background to join her, reminding them that if they wanted to clean the political system, they had to take the plunge themselves. Meera walked the talk. She did not preach from a pulpit, or make grand, pompous statements at seminars and conclaves. She simply wore her heart on her sleeve, pinned the party’s symbol—a broom—on her sari pallu, jauntily wore the ridiculous-looking AAP cap on her head and got to work. 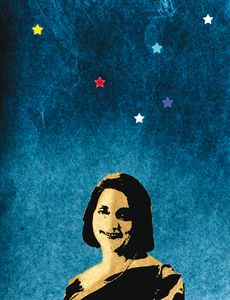 Along with volunteers and her loving husband Ashish, Meera walked tirelessly through the South Mumbai constituency, understanding the problems faced by the people in the over-crowded slums that coexist cheek-by-jowl with some of the priciest high-rise apartments in India. She addressed countless meetings for members of posh building societies, urging them to get involved. While people listened to Meera attentively, they clearly did not vote for her. She got just 5.7 per cent of the votes. But she was not deterred in the least. That her mission was cruelly cut short by her cancer is another matter.

I had the privilege of knowing Meera through Manjeet Kripalani, a common friend who was her press secretary at the time. I jumped at the chance to participate in a walkabout with Meera and her band of loyal volunteers, as she went campaigning, clad in an elegant handloom sari, her radiant smile disguising her fatigue—a result of all those sleepless nights and other pressures. As we side-stepped garbage strewn in the narrow alleyways of the slums, I could sense the apathy of the voter towards this ‘fancy’ lady from the ‘other’ side of the social divide.

Later, while chatting casually, they asked me, “What can this memsaab know about our troubles? Has she ever starved? Gone without water in the taps? What can she give us?” Meera was too gentle and genteel to muscle her way into these over-crowded vote banks, accustomed to candidates walking around with stacks of notes to distribute to local bullies. One such man came up to me and said, “Tell this madam to come back with cash. Then we’ll talk.”

She smiled when I mentioned this. “Please tell him madam has no cash to distribute. But madam will work for them night and day, and make sure they get water and most importantly that every child goes to school.” This was not an empty promise. While she was at the bank, Meera mentored the microfinance programme which financed over 6,50,000 women in rural India. She also chaired the bank’s foundation, providing livelihood assistance to 75,000 women-led households. Over one million children worldwide benefitted through the Right to Play organisation she was an active member of.

Born in Kochi to a naval hero (Vice Admiral Gulab Mohanlal Hiranandani), Meera reached great academic heights (INSEAD and Harvard included) and had a very successful career in banking, which she quit to serve the people. Meera was the real thing. A compassionate and kind woman who believed in mentoring young people and imparting a valuable lesson: No hand-outs. Merit and hard work over charity and concessions. This is her legacy. She touched many, many lives. She deeply touched mine.