Prime Minister Rajiv Gandhi came away from his historic 1988 meeting with the architect of 21st century China, Deng Xiaoping, reassured by Deng’s famous words: “Only when China and India have developed, will a real Asian century emerge.” In 2007, Singapore’s founder-leader Lee Kuan Yew expressed the opinion that Asia’s rise would be powered by the “twin engines” of China and India. In 1988, Deng may well have believed that, and, in 2007, Lee may well have sincerely hoped that. No one in China and few across much of east and southeast Asia any longer takes those views seriously.

The accelerated rise of China is essentially a 21st century phenomenon. The trans-Atlantic financial crisis of 2008-2009 further consolidated China’s power, even as the west went into a period of disarray. India’s impressive economic performance in the first decade of the 21st century kept the hope of a catch-up alive. However, several developments in the second decade have combined to change the landscape to India’s disadvantage. 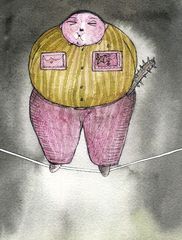 First, India’s uncertain economic performance and its defensive approach to closer economic ties with other Asian nations. The decision to withdraw from the negotiations towards an Asia-wide Regional Comprehensive Economic Partnership signalled India’s economic weakness rather than a new sense of self-confidence or atmanirbharata. Second, the BJP’s focus on a divisive domestic political agenda offered India’s enemies an opportunity to draw global attention to political fault lines at home, which many see as a hurdle to economic revival. Finally, United States President Donald Trump’s “blow hot-blow cold” policy towards India, once again confirmed by the contents of former US national security advisor John Bolton’s book, may have convinced China that the US is unlikely to weigh in on India’s side, beyond a point.

It is into this uncertain space that China’s President Xi Jinping is inserting China, hoping to herald its arrival as Asia’s pre-eminent power. From Depsang and Doklam to Galwan Valley the consistent push against India is, it seems, aimed at demonstrating to the rest of Asia that India remains pre-occupied with its own security, so how can it offer any reassurance to others? China’s India policy is less about acquiring territory and much more about demonstrating to the rest of Asia that India is not capable of challenging China’s hegemonic status across the continent any time soon.

It is important to recognise that India is not alone in worrying about China’s hegemonic ambitions. Japan, South Korea, Australia, Vietnam and several other Asian nations are equally worried about China’s intent and capability. Mindful of this situation, India has reached out to other powers to build a defensive alliance. This is what strategic analysts now call the “Asian Great Game”. India must not deviate from the path of building a pan-Asian alliance that keeps Chinese power under check. Surely, no Asia-Pacific nation wants western hegemony replaced by Chinese hegemony.

It is also important to understand that while an overwhelming number of Chinese citizens and people of Chinese origin around Asia take great pride in China’s resurgence and rise, and why not, there would be many who would not approve of President Xi’s politics and political style. To imagine that Chinese society and China’s political leadership is a monolith would be self-defeating. Even at the height of power of great leaders like Mao Zedong and Deng, China was internally divided. Xi’s politics and economics have caused much discontent within China. But the question is, would an internally plural China be externally less or more aggressive?