It is old hat that the Chinese character for ‘crisis’ is a combination of the characters for danger and opportunity. Thus went the wise old saying that in every crisis recognise the danger as well as the opportunity. Many knowledgeable people have been saying that to the Narendra Modi government for some time now. Make use of the economic slowdown and the unsettled political situation to initiate reforms that can turn the economy and polity around, and alter the national mood.

The example often quoted is of P.V. Narasimha Rao and Manmohan Singh in 1991 to show how a crisis can be turned into an opportunity. The reason why this is not an apt precedent for Modi is that in 1991 Rao and Singh could claim they inherited a crisis, even if the chief architect of that crisis was Rajiv Gandhi (see my book 1991: How Narasimha Rao Made History (2016) for the evidence on that), while in 2020 Modi knows that the current conjuncture is of his government’s own making. But then coronavirus is not. That is a crisis made in China and so Modi has been quick to turn it into an opportunity. 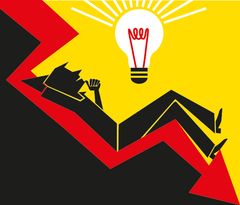 A global pandemic has helped concentrate policy minds in New Delhi. First, home minister Amit Shah staged a retreat on the proposed National Citizenship Register and National Population Register, ended the detention of former Jammu & Kashmir chief minister Farooq Abdullah and reiterated the government’s assurance that at some point statehood would be bestowed on the union territory of J&K. Second, finance minister Nirmala Sitharaman has been quick to use the fall in oil prices, caused by the global economic impact of the coronavirus pandemic, to in fact raise the excise duty on fuel and generate much needed revenues for the government. The finance minister has shown that faced with a prolonged slowdown, a stock market implosion and other negative economic consequences of a pandemic, she will do her best to prevent a fiscal crisis for an already fiscally constrained government.

Then came Prime Minister Modi’s invitation to leaders of the South Asian Association for Regional Cooperation (SAARC) for a dialogue, albeit via a video-conference, on the management of a pandemic. This has the potential to kick-start two stalled engines—the India-Pakistan bilateral dialogue and the SAARC process. While Pakistan has responded cautiously it has not thwarted the opportunity.

A pandemic that recognises no political borders is an apt metaphor for regional cooperation in South Asia.

While India has been correctly defining its neighbourhood in more expansive and strategic terms, including south-east, east and west Asian neighbours, as well as the Indian Ocean littoral, the fact is that it is the immediate neighbourhood that is of greatest importance to India’s own growth, development and security. The Covid-19 pandemic offered an opportunity for regional cooperation and Modi was right to seize it. Be it religious extremism and the terrorism it spawns, be it trade and development or be it the fight against poverty, South Asia needs both regional and national strategies and policies given the multiple cross-border links that feed each other’s worries.

The initiative, however, raises the larger question about the region’s shared destiny. Many have imagined from time to time that India and Pakistan can go their own way. Pakistan looks west, to the Islamic world, hoping to turn its back on India and India looks east, wanting to liberate itself from Pakistan. To an extent, weaker bilateral links have meant that both need each other less and less. However, if south Asia can learn to create an environment of cooperation rather than conflict, all countries in the region would be better off.