Lok Sabha polls: How leaders have brought caste politics to the fore

The late Rasheeduddin Khan—one of Jawaharlal Nehru University’s founding professors, and a learned political scientist with a feel for politics—often made a telling comment about the pan-Indian identity of Indians. Only the Brahmins and the Muslims constitute truly pan-Indian communities, he would say, because irrespective of which part of the country one came from, a Brahmin or Muslim would immediately relate to a kin from some other part of the country. Thus a Vaishnavite of Bharadwaja gotra from Uttarakhand would have no problem explaining his social, caste and sub-caste status to a fellow Brahmin from Tamil Nadu. Much the same could be said of a Muslim. A Malayalam-speaking Sunni from Kerala would be able to socially relate to a Urdu- speaking Sunni from Uttar Pradesh.

Extending Khan’s argument one could say that much the same could be said for dalits, despite different sub-caste identities among them. Whatever the relevant local name by which a dalit may identify herself in different parts of the country, there is a pan-Indian sense of oneness that all dalits share given the history of their social oppression. Both Mayawati, as a dalit leader, and Asaduddin Owaisi, as a Muslim leader, are trying to build a pan-Indian electoral constituency on this basis. 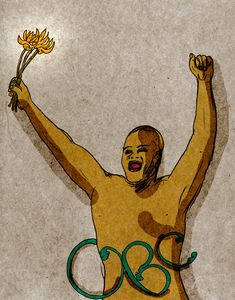 Kshatriyas and Vaishyas have a problem in that the names by which they are known in different parts of India vary so much that one would have to explain one’s social position to a kinsman. The late N.T. Rama Rao, Telugu Desam Party’s charismatic founder, found an easy way out when explaining his caste status to Haryana’s Jat supremo, the late Chaudhary Devi Lal: “My caste is like yours. The Kammas are the Jats of Andhra Pradesh.”

Those at the top and the bottom of the caste pyramid from different parts of India can place one another in the social hierarchy, and perhaps even relate to one another’s cultural practices and prejudices, more easily than the great plurality of the middle castes. It is the pan-Indian diversity of the so-called ‘backward castes’ that poses a riddle. How does a Munnuru Kapu from Telangana explain where he stands in the caste hierarchy in relation to a Kurmi from Bihar, except to say both are other backward caste/class (OBC).

‘Who is an OBC?’ has become a political issue across the country. The economically better off Marathas, Patidars and Kapus have all demanded OBC status to claim the benefits of educational and employment reservations. Given regional variations in OBC identity, backward class/caste politics has always had a regional character. Every state has its own regional OBC leaders and parties. Last month Prime Minister Narendra Modi claimed that he was being pilloried by upper caste opposition party leaders because he was an OBC, drawing attention to his caste status and departing from the usual focus on religious affiliation. Was he seeking to create a national mould for the OBC constituency?

Interestingly, in response to Modi’s statements, other regional OBC leaders in different states have questioned his claim, because it is so easy to do so given the pan-Indian diversity of who is an OBC. The very nebulousness of OBC identity across the country has so far allowed so many to claim OBC status, and, yet, there is no all-India OBC leader. While H.D. Deve Gowda was the first OBC prime minister, his political constituency is regionally confined. Has Prime Minister Modi created a national OBC constituency projecting himself as the first pan-Indian OBC leader? Perhaps the results of the ongoing general elections may answer that question.