Amidst the daily din and dust of election reportage and analysis, one important trend in Indian politics is not getting the attention it deserves. The expected precipitous decline of the left front, led by the Communist Party of India (Marxist). Most election forecasts suggest that the left front may draw a blank in West Bengal and Tripura and may pick up four or five seats in Kerala. Even if the left picks up a seat or two here and there, the final tally would mark a historic moment in Indian politics, with the left front down to single digits. That would be a pity. Agree with the communists or not, India needs a political left.

In the first, second and third general elections—in 1952, 1957 and 1962—the Communist Party of India emerged as the single biggest party in opposition, though way behind the ruling Indian National Congress. In 1967, after the communist split, the CPI(M) and CPI together won 42 seats against 35 of the Bharatiya Jana Sangh. 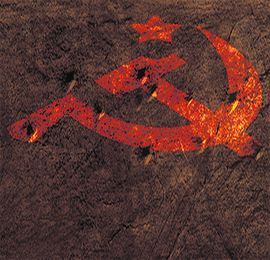 Thanks to the left’s impressive performance in the quarter century after the end of Emergency in 1977, it acquired an all-India profile larger than its numbers would suggest so much so that in 1996 Jyoti Basu was in a position to become the head of a coalition government in New Delhi. That did not happen because of an ideological confusion within the left as to whether the communists were playing the parliamentary game or were still fighting to establish their political and ideological hegemony. Basu called it a ‘historic blunder’.

A parliamentary presence in single digits is a far cry from the 59-member peak that the left front touched in 2004, becoming the fulcrum around which the United Progressive Alliance (UPA) was constructed. The mishandling of the UPA opportunity was a second ‘historic blunder’ and the left has not recovered from it. The left’s precipitous decline is, paradoxically, both a consequence of its sectarian and ideologically rigid politics, on the one hand, and its dalliance with politicians of questionable virtue like Lalu Prasad, on the other.

In 2004, the left had the opportunity to be “queen-makers”, so to speak, but by 2009 their decline began and has since continued. After the defeat in Tripura, the writing has been on the wall. How could the left have played it differently this time? To begin with, it should have kept its distance from the Sonia Congress, like Arvind Kejriwal’s Aam Aadmi Party, and flown its own flag more boldly. Second, rather than field its tired old politicians, the CPI(M) and the CPI could have flooded the field with celebrities with a winning chance. In Bihar, they have done this by fielding the firebrand student leader Kanhaiya Kumar. He has a fighting chance if his campaign plays out well. That model could work for the left in many other states.

For example, in Andhra Pradesh, the CPI(M) could have been energised into action if party general secretary Sitaram Yechury had contested from his hometown of Kakinada. In Kerala, Prakash Karat should have been fielded against Shashi Tharoor with a no-holds-barred aggressive campaign. The left could have fielded celebrity fellow-travellers from the worlds of cinema and literature in urban constituencies where neither the Congress nor the BJP have much traction. The left candidates could have still lost, but the left’s profile would have gone up. Television loves celebrity candidates and finds the left’s traditional old guard boring. Imagine Javed Akhtar being fielded from a Mumbai constituency, an Amartya Sen from Kolkata and a Gopalkrishna Gandhi from Wayanad! A fitting riposte to Rahul’s betrayal.