An Indian view of China 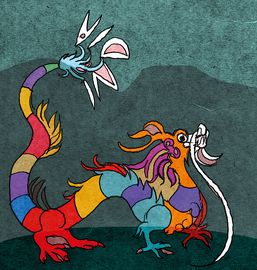 Two decades ago prime minister Atal Bihari Vajpayee and his national security adviser Brajesh Mishra took the interesting initiative to constitute a National Security Advisory Board (NSAB), comprising a mix of retired diplomats and officials, professional scientists, economists, international relations and defence and security analysts. As a member of NSAB, from 1999 to 2001, I recall an important suggestion—that India needs to invest more in a deeper understanding of its neighbours. The follow-up was not very encouraging and, even today, we tend to look at our neighbours and the world through western eyes. Thanks, however, to a variety of factors and the commitment of various individuals, there is today a wider body of indigenous thinking on India’s most important neighbour, China. The best evidence of this is now available in a scholarly compilation of Indian writing edited by one of India’s pre-eminent China watchers, Professor Manoranjan Mohanty. Mohanty and others of his generation, like Patricia Uberoi and Ravi Bhoothalingam, have provided valuable leadership to a new generation of China watchers at the now 50-year old Delhi-based Institute of Chinese Studies (ICS). Their recent publication—China At A Turning Point: Perspectives After The 19th Party Congress—brings together the views of three generations of analysts, based on their reading of largely Chinese sources. The average generally informed Indian has two views of China—either of awe and admiration, or disdain mixed with defeatism. It is not often that one comes across a balanced assessment of China, of its strengths and weaknesses, its achievements and failures. Mohanty and colleagues have not only managed to take such a balanced view but have also brought together essays on a wide range of topics including China’s record in urbanisation, innovation and health care. Around the time the NSAB was recommending investment in developing an Indian view of China, western analysts like Gordon Chang were predicting The Coming Collapse of China (2001). Far from collapsing, China has, over the past two decades, emerged as a stable superpower that the world has had to come to terms with. For India there is no other greater geopolitical and geo-economic challenge today, and for the foreseeable future, than a resurgent China. While there is sizeable objective scholarship on China in the west, Indians should base their view of China on one’s own national assessment. That is the challenge that ICS has grappled with in the face of paltry funding and inadequate Chinese language expertise among scholars. What Indian scholars and commentators require is the greater familiarity with China that increased travel, tourism and exchange of students and scholars are now facilitating.

China seeks to enter a new phase of development based on innovation, science and technology and the productivity of its workforce. Like many western powers, China, too, is emerging as a ‘knowledge-based’ power, albeit with problems like rising inequality and still limited political freedom.The lessons for a rising India are clear—determined focus on the social and economic empowerment of her citizens, investment in modern and universal education and health care, strengthening the domestic foundations of industrialisation, innovation and defence capability. No one helped China get here, no one will help India get there. India, too, is a ‘civilisational power’ that has regional influence and global aspirations. We, too, have to raise ourselves by our own bootstraps, while remaining open to external investment, trade and knowledge flows.