India may function better under Modi, but it has also become anarchic

American economist and diplomat John Kenneth Galbraith, a US Ambassador to India in the early 1960s, famously dubbed India as a “functioning anarchy”. Beneath the visible chaos there was, even at that time, visible economic progress and social development within the framework of a constitutional democracy, based on the rule of law. Galbraith’s oxymoron captured this Indian reality. Yet another famous characterisation of the India of the 1960s was by Swedish economist and Nobel Prize-winner Gunnar Myrdal who called India a “soft state”, in his three-volume study of Asia titled The Asian Drama. A soft state, said Myrdal, is characterised by “all the various types of social indiscipline which manifest themselves by deficiencies in legislation and, in particular, law observance and enforcement, a widespread disobedience by public officials and, often, their collusion with powerful persons and groups... whose conduct they should regulate.”

The combination of a soft state—that tolerated considerable malfeasance on the part of its functionaries—in a social milieu defined by anarchy meant that there would be limits to the good and the bad of the ‘functioning’ part of both society and state. The views of Galbraith and Myrdal may well have influenced the thinking, both within the policy making circle and the social elite, that favoured the imposition of the Emergency by prime minister Indira Gandhi. The Emergency’s ‘hard state’, so to speak, was justified as a means of improving India’s “functioning” part and dealing with the challenge of social “anarchy”. 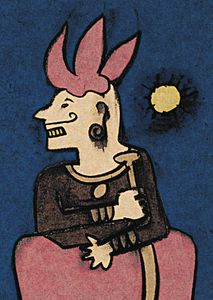 In response to that phase of Indian political development, a range of what have been called ‘civil liberties’ organisations, as opposed to political parties, came into existence. Counter-intuitively, the growth of such ‘social activism’, rather than of formal, organised party political activism, may have contributed to greater anarchism in Indian political life without making the society and the state more functional. While organised political parties, including the “parliamentary” Communist parties, commit themselves to working within the framework of the Constitution, many so-called ‘social activists’ feel no such compulsion, questioning the very legitimacy of the ‘rule of law’. The balance between ‘functioning India’ and ‘anarchic India’ then gets disturbed.

In many ways that is what has been happening over the past few years with political parties yielding ideological space to social activists. This phenomenon was institutionalised in the form of the National Advisory Council during the tenure of the United Progressive Alliance government. Those who resented this trend and believed in strengthening the role of the state and various constitutional bodies felt that someone like Prime Minister Narendra Modi would do precisely that. His government, it was felt, would assert the rule of law and ensure that the institutions of the state are respected by civil society activists.

As we come to the end of Modi’s first term, the question worth considering is whether the Indian state has become less soft and has been able to assert itself, restoring the balance between a ‘functioning’ and ‘anarchic’ India? It may surprise many to realise that for all his tough image, and despite what his opponents say, Modi also presides over an India that is still a functioning anarchy. Social anarchism in India has been bolstered by the new technology of social media, characterised as it is both by an absence of oversight and regulation and by the dumbing down of discourse in the name of its democratisation. May be India functions better, but it has also become more anarchic.