Gyanvapi: Sachidananda Murthy writes on the prospect of ‘religious’ bench in courts

The clogged lower courts in India are going to be even more choked as activists are planning to file petitions seeking to enforce their right to worship in disputed shrines in many parts of the country. The suit filed in a local court in Varanasi for conducting a survey in the Gyanvapi mosque, alleged to have been built after razing a temple, has already attracted a trail of petitions. This case, which travelled like a rocket to the Supreme Court, was sent back to the Varanasi district court.

Now, there is a similar petition in a Delhi court that seeks to restore Hindu and Jain temples inside the Qutub Minar complex, built by Qutb-ud-din-Aibak. 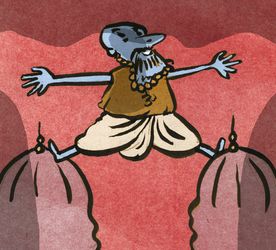 The Archaeological Survey of India, which manages the complex that includes an iron pillar, a mosque and other halls, has said that the monument has been protected since 1914, and that nobody had the right to worship at the complex. But the petitioners have been demanding a survey by court commissioners, as was done in Gyanvapi.

In several states, district courts are getting suits seeking to enforce the right of worship by litigants who claim either to be “friend of the deity”, or wanting to fulfil their right to worship in a shrine of their choice. Such suits are multiplying, showing a mirror to the contested history of the last ten centuries, despite the existence of law that prescribes status quo as in 1947 for all places of worship except Ayodhya.

Since the Allahabad High Court—and later the constitution bench of the Supreme Court—upheld that the deity in a temple has an interest in the ownership and title of the temple, the gates have been opened for petitioners seeking justice on behalf of deities whose temples were forcibly converted into mosques. The Vishwa Hindu Parishad is also organising lawyers’ collectives to guide these petitions in many districts of the country, as they have local jurisdiction and context.

But, in one way, these are public interest petitions also, which can be filed only before the Supreme Court and high courts under Article 32 of the Constitution—as the “right freely to profess, practise and propagate religion”.

In Article 25, this right can be enforced. But those who are aiming for using the judicial route to prove that a particular mosque was once a temple are more comfortable testing the waters in local courts. They are filing the suits that can enforce individual rights, while the Supreme Court has said a public interest litigation should have a bona fide interest cause, vindicate the cause of justice, and that the petitioner should not be a “mere busybody or interloper”. The locus standi of the devotee would be easier to establish in a lower court than the loftily defined qualifications when the petition is filed in the constitutional courts.

But as local petitions are heavily contested by mosque committees, and also those who pray in these mosques, most of the cases would travel up the judicial ladder to the high courts and Supreme Court. Perhaps the number of appeals may be such that the chief justices may have to constitute a separate “religious” bench, similar to the green bench (for environmental matters), taxation bench (for taxation disputes) or the social bench (for enforcement of social rights).