Best option for Babul Supriyo is to swallow his pride, writes Sachidananda Murthy

If Supriyo doesn't take oath, he cannot be minister for more than 6 months

Singer-turned-politician Babul Supriyo is ready to take oath as a cabinet minister in West Bengal. The oath will be administered by Governor Jagdeep Dhankhar. But, Supriyo is not ready to receive another oath—as MLA—from Dhankhar. The governor has said that if Supriyo does not receive the MLA’s oath from him, he can remain MLA from Ballygunge (home of the Bengali film industry), but he cannot participate in the assembly proceedings.

Supriyo wants the oath for MLA to be administered by Speaker Biman Banerjee. But, amid continued spats with Chief Minister Mamata Banerjee, a piqued Dhankhar withdrew the powers of the speaker, whom he accused of repeatedly insulting him whenever he drove to the assembly to deliver the customary joint address. On one occasion, the main gates of the assembly were closed to the governor’s motorcade, forcing Dhankhar to enter through a side gate. 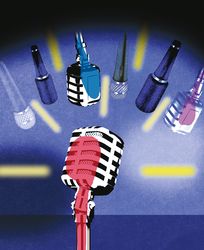 Under Article 188 of the Constitution, the oath for members of state legislative bodies can be administered by the governor or any other person designated by the governor. It has been a convention in the states that the speaker of the assembly and the chairperson of the council are delegated this power, while the governor administers the oaths to the chief minister and cabinet ministers.

Dhankhar says he is free most of the time as the West Bengal government does not send any file or information his way and that top bureaucrats defy his summons. Since he is free and is the main person assigned to administer oaths, why should he not do it, he asks. He is ready to roll out the red carpet for Supriyo at Raj Bhavan. But, Mamata thinks it will be abject surrender if the governor gets away with snipping the role of the speaker and that it will only embolden Dhankhar, whom she accuses of acting at the behest of the BJP government at the Centre.

Unlike the president, who is bound by the advice of the Union cabinet, the Constitution has given more powers to governors, including the power to dissolve the state assembly, even if the chief minister has a majority. In the 1990s, Nagaland governor M.M. Thomas had dissolved the assembly because of multiple instances of horse-trading. He did not even consult the Central government. However, an annoyed prime minister P.V. Narasimha Rao did ask for Thomas’s immediate resignation.

Surpiyo, who knows he is on a weak wicket constitutionally, requested the governor to restore the speaker’s powers saying that his voters would be unrepresented if he was not sworn in. But, Dhankhar was in no mood to restore the power of the speaker. Instead, the governor, a leading constitutional lawyer, cited cases to tell Supriyo that he can continue to do his MLA’s work without taking the oath of office and that he will only miss the assembly sessions.

This has put Supriyo and Mamata in a catch-22 situation. If the chief minister wants to make Supriyo a minister, Dhankhar will swear him in. But, Supriyo will have to receive the MLA’s oath from Dhankhar within six months or lose his ministership. The other option is for Supriyo to swallow his pride and appear before Dhankhar for a double swearing-in. Especially because Trinamool strategists are not sold on the idea of the speaker approaching the courts challenging Dhankhar’s decision.

In Maharashtra, also ruled by an anti-BJP coalition, the governor has sat over for a year on the proposal to nominate members of the legislative council. In Tamil Nadu, the state assembly wants to take away the powers of Governor R.N. Ravi to appoint vice chancellors. In neighbouring Kerala, Governor Arif Mohammed Khan has refused to appoint vice chancellors, asking the government to take away his powers if he was not allowed to monitor the universities.

The games being played by the occupants of the Raj Bhavans and the chief ministerial offices are all within the letter of the Constitution, if not in its spirit.