India was ranked 136 out of 146 countries in the United Nations’ World Happiness Report, 2022. This is not surprising in a survey that heavily favours north European countries for its top ten spots. The Narendra Modi government has not disputed the survey, which marginally increases India’s position by three ranks. But, the government had damned two other recently released comparative studies—the Global Hunger Index by European NGOs of Concern Worldwide and Welthungerhilfe, as well as the World Press Freedom Index put out by Reporters Without Borders (RSF), based out of Europe.

The Union ministry of women and child development questioned India being placed at the 101st place in the hunger index based on figures of malnutrition and mortality among children under the age of five. It said the Modi government had launched the world’s largest food and childcare programmes, which had improved health of babies and reduced deaths. 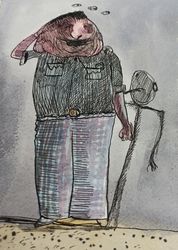 The Union ministry of information and broadcasting said the RSF methodology, which puts India at 143 out of 180 countries, was opaque and it did not understand how democracy works in India.

But the happiness index ranking seems to be on the mark as there is extreme unhappiness, strife and hate on many Indian streets, and the atmosphere is vitiated with negative talks by a deadly cocktail of aggressive communal groups, negative-minded politicians and provocative media anchors. There is a lot of vitriol poured out amid communal flare-ups. While the BJP blames the opposition, the Congress and other opposition parties blame the BJP for creating tensions to feed vote banks. National presidents of both the BJP and the Congress have come out with long statements blaming the other party for the ‘state of unhappiness’ into which the country is fast plunging. Even the faces of leading politicians have become grimmer as they hurl accusations ahead of elections in Himachal Pradesh, Gujarat and Karnataka, all ruled by the BJP.

The tautness of facial muscles is a feature among many regional leaders who have won elections emphasising on the negativeness of their rivals. If there is a national happiness index for parties and politicians in India, the first position would go to Odisha Chief Minister Naveen Patnaik and his Biju Janata Dal. During the 22 years that he has been in power, Patnaik has tried to avoid vile language against political opponents and critics. He is comfortable in fashioning his own programmes and has created immense sporting infrastructure, which is aimed at keeping the young students busy in a positive way. Perhaps, the second position would go to another long-serving chief minister—Bihar’s Nitish Kumar. Much more combative than Patnaik, Kumar avoids slanging matches, which BJP and Congress chief ministers resort to in their states.

Even though under Modi the BJP has scored big—like winning two Lok Sabha elections, gaining control of Rajya Sabha, gaining complete control of government and its subsidiary institutions—the furrows are stretched on the faces of team Modi, which is seeking to achieve—Congress-free India, coming to power in states in eastern India and achieving a five trillion dollar economy. But one minister who is an exception is the man in-charge of road and bridges—Nitin Gadkari. He can easily join Patnaik and Kumar in the happiness group. He exudes a smile and is rarely provocative while standing his political ground, or even while addressing a group of veteran cricket players, where he had many anecdotes to share. Of course, smiles alone will not change the deteriorating communal situation in the country. It needs the will to contain the troublemakers without fear or favour, and to stop the ugly rhetoric. Once streets come under control, possibly India’s ranking in the happiness index would gradually move up.