The most serious corruption allegation during the seven-year NDA rule came from unexpected quarters. Meghalaya Governor Satya Pal Malik, an appointee of Prime Minister Narendra Modi, alleged that when he was governor of Jammu and Kashmir (2017-2019), he was offered a bribe to clear two files—in which an industrialist whom he named only as Ambani and an RSS leader active in the state were interested.

While no industrialist with the Ambani surname reacted to the allegation, RSS leader Ram Madhav, who was BJP general secretary in-charge of Jammu and Kashmir during Malik’s tenure, responded sharply. Madhav, who has helmed multiple successful missions for the BJP in recent times, said that he was never involved in any such attempt and threatened to take every possible action against the slur. 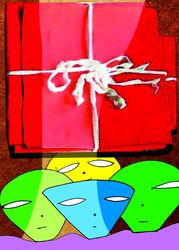 Malik made a halfway apology, saying he would seek a pardon from the RSS for having mentioned its name, but did not withdraw his claims that he was given the impression that there would be a windfall of around 0300 crore if he cleared the files.

Malik, a Jat leader from western Uttar Pradesh, has created some trouble for the BJP in other places, too. He was moved to Goa in 2019, but soon developed differences with Chief Minister Pramod Sawant. An annoyed Modi had then sent him to the hills of Meghalaya. But, Malik, who comes from Janata Party background, likes to return regularly to his favoured stomping grounds in Uttar Pradesh and Rajasthan. He said that there would be backlash if the Centre does not resolve the farmers’ agitation. He also irked the ruling party in Uttar Pradesh by saying that BJP leaders should not visit villages which were affected by the farmers’ agitation.

Though Modi has generally been careful in choosing governors, there have been the odd exceptions. Tathagata Roy, who was also governor of Meghalaya, used to create storms with his statements, not only against the BJP’s political opponents, but also against his own partymen in West Bengal. Even after he was persuaded to resign, Roy returned to his home state and, in the wake of the BJP’s defeat, said that garbage had come and now garbage was going out (referring to defectors from the Trinamool Congress). However, the feisty West Bengal Governor Jagdeep Dhankhar has stayed true to the BJP script. Similarly, Maharashtra Governor Bhagat Singh Koshyari has not been friendly to Chief Minister Uddhav Thackeray.

It remains to be seen whether Malik’s allegation pertaining to J&K will be investigated by the anti-corruption body at the Centre or in the Union territory. The anti-corruption law says even an unsuccessful attempt at bribery is a criminal offence. Apart from having constitutional immunity while remaining a governor, Malik claims he has only five pairs of kurta-pyjamas and that he lives in a simple house. Till the corruption charge was made now, his most controversial statement was at the height of the Kashmir crisis, when he said he had not received a communication from then chief minister Mehbooba Mufti, as “the fax machine in the Raj Bhavan was not working”.

Now the question is whether the government will wait for more bombshells from Malik or ease him out of gubernatorial duties.