Govt needs to be proactive on the prices front: Sachidananda Murthy

Tensions are rising in several Union ministries as their budgets are showing signs of going haywire because of the disruptions in global supply chains and the resultant rise in commodity prices.

Supply chain disruptions had been there since March last year, because of Covid-related restrictions. But the restrictions also caused a fall in consumption because of the subdued demand for food, fertilisers and petroleum products. But, as the pandemic has slowed down considerably, consumption levels have been rising. Even as the government celebrates the increase in industrial activity and the return to normal work schedules in most areas, the ministries had not been well prepared for the shortfall in imports. Even in the case of commodities that were available, prices have gone up. As government continues to spend on Covid preparedness, by maintaining hospital beds and oxygen plants, the brief scare given by coal shortages has been a forewarning of other crises that are looming. 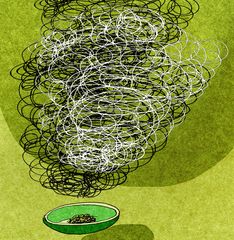 Union Health Minister Mansukh Mandaviya, who also handles the fertilisers, chemicals and pharmaceuticals portfolio, has warned that international fertiliser prices are shooting up. But he has praised the prime minister for directing the government to absorb the price difference so that farmers across the country could get fertiliser at current prices.

The petroleum ministry has sounded a warning that international oil prices were going up and more funds were needed. But the ministry is not earning any sympathy; it is being flayed for having continuously increased prices of petrol, diesel and cooking gas even when international prices were low. There is talk that Union Petroleum Minister Hardeep Puri will hold talks with Union Finance Minister Nirmala Sitharaman on the need to reduce Central customs and excise duties, so that fuel prices do not rise further. But the finance ministry, which has many demands on its plate, has been a tax guzzler. It would be tough to give up the habit, as deficits can shoot up.

The food and civil supplies ministry has also been criticised for its slow response to the steep increase in prices of pulses and edible oils. Now, using provisions of the amended Essential Commodities Act, the government has imposed restrictions on stocks that can be kept by wholesalers and retailers so that prices would not shoot up. But, since demand has surged because of the festival season and the return to normalcy, countries which export palm oil, tur dal (split pigeon pea), urad dal (black gram) and chickpea to India are eyeing big profits. The government’s edible oil and pulses missions, which aim at making India self-reliant in the production of these commodities, are a long way from fruition because of the annual increase in demand.

During the decades of scarcity, the government had a cabinet committee on prices headed by the finance minister, which monitored prices and shortages, and took necessary actions when required. In the past two decades, shortages of essential commodities have been rare. The functions of the prices committee have been subsumed into the committee on economic affairs, headed by the prime minister and whose members include political heavyweights such as Defence Minister Rajnath Singh, Union Home Minister Amit Shah and Union Road Transport Minister Nitin Gadkari, as well as ministers who handle economy-related matters—Sitharaman, Piyush Goyal (commerce, industry and civil supplies) and Narendra Singh Tomar (agriculture)—and Union Education Minister Dharmendra Pradhan and External Affairs Minister S. Jaishankar.

With crucial elections coming up, the government needs to continue to be proactive on the prices front.