When the MEA stepped in to douse fires lit by Hockey India chief: Sachidananda Murthy

Sports administrators in the country are rarely known for their writing skills or for their understanding of the higher levels of foreign policy. Yet, a one-page letter from Gyanendro Ningombam, president of the Indian hockey federation, to the Indian Olympic Association in early October set alarm bells ringing in the corridors of the external affairs ministry and in the nearby British high commission. 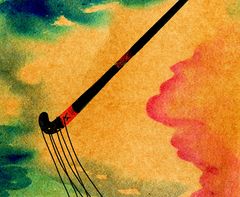 While this concern was understandable, Ningombam sharply criticised the UK as the country worst affected by Covid-19. The federation pointed out how the UEFA Champions League final between two English clubs was shifted from Turkey to Portugal to allow English fans to attend (as travel to Turkey was not allowed), and the strict quarantine rules the Indian cricket team had to adhere to during the recent tour. This was compared with Japan, which had more relaxed rules for the Olympians.

Hockey India expressed fears that if any of the Indian players were infected in Birmingham, they would miss the Asian Games in Hangzhou. The federation’s concerns were unique as other major hockey powers in the Commonwealth—like Australia, New Zealand, Canada and the hosts, the UK—had no conflicting tournament schedules.

But, diplomats in both the countries did not want the waters to become muddy with other federations also potentially issuing statements about their team’s participation or about the Covid situation in the UK, which had enforced stringent quarantine procedures on all Indian travellers. The external affairs ministry informed the sports ministry that the normal procedure for participation in international tournaments was for the entire contingent to be cleared and that political statements about host countries should be avoided by individual federations.

Furthermore, after New Delhi had announced reciprocal quarantine restrictions for British passport holders, London had quickly responded by recognising Covishield. The new sports minister Anurag Thakur, who has an ambitious game plan to streamline sports administration, commented that Hockey India surely had more than 18 players on its bench, even if the situation turned grim next year. Thakur made it clear that the final call on the country’s participation in multidisciplinary sports events like the Olympics, and the Asian and Commonwealth Games would always be taken by the government.

Interestingly, there was also a feeling that the government was not averse to some pressure being put on the British, so that country-specific restrictions were not enforced on Indian travellers, whether they were students, tourists or sportspersons.