As long as there are governments, there will be committees. And when the Central government sets up committees, it looks for chairmen who will deliver recommendations that do not rock official policy too much. Thus, when the education ministry decided to set up a committee to revamp school syllabus as per the recommendations of the new education policy, K. Kasturirangan, who headed the committee that framed the policy, was an obvious choice.

Kasturirangan has worn many hats—space scientist, secretary to government, member of the Planning Commission and a nominated member of the Rajya Sabha. He has worked with prime ministers and ministers of different ideologies without a complaint of political bias, always trying for the golden consensus. He is also the fire-fighter when “audacious” chairmen give “bold” reports. 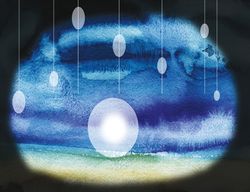 When environmental scientist Madhav Gadgil recommended severe curtailment of human and industrial activity to safeguard the Western Ghats, there were protests from states with evergreen forests. The Manmohan Singh government constituted a second committee headed by Kasturirangan. Activists cried foul saying the new committee had watered down Gadgil’s tough prescriptions. But governments felt that Kasturirangan had balanced the ecology and development needs while ensuring the green cover stayed intact.

Similarly, the committee on education policy headed by former cabinet secretary T.S.R. Subramanian, known for his radical views to reform the bureaucracy, gave a strong interim report. The human resource development ministry (as it was called then), headed by Smriti Irani, was disturbed.

The committee was reconstituted, and Kasturirangan named the new chairman. His supporters insisted that he had handled the subject of education in the Planning Commission and had wide experience of India’s science education as he was part of several universities when he headed the Indian Space Research Organisation. Again, Kasturirangan gave a report that satisfied the government and its ideological supporters in the RSS, even though the opposition said the report would further the right-wing agenda.

Now he is handling another hot potato in devising school curriculum on which there are serious differences within and outside the academic community. But Kasturirangan, who does meticulous research and uses congenial language in his reports, is expected to keep to the middle path as much as possible.

Another favourite candidate for heading committees and commissions is former IAS officer N.K. Singh, who had a similar career trajectory as Kasturirangan’s—secretary to government, member of Planning Commission and Rajya Sabha member. He was the chairman of the 15th Finance Commission, which decided on division of central taxes between Central and state governments.

Now he heads the committee to review the Fiscal Responsibility and Budget Management Act, which had fixed deficit targets for Central and state governments (the targets could not be met in the last 13 years owing to the economic crisis followed by the pandemic). Earlier, he had headed a task force on deregulation of the telecom sector.

Another busy ex-bureaucrat till recently was former finance secretary Vijay Kelkar, who had headed the task force on indirect taxes reform that led to the Goods and Services Tax. He was chairman of the committee that recommended contours of public-private partnership for industries and was chairman of the 13th Finance Commission.