Imran Khan has put off a planned visit to New York for the United Nations General Assembly. The Pakistan prime minister wants to avoid the embarrassment of not getting an appointment with US President Joe Biden. Instead, he has gone on a verbal offensive in the international media, emphasising how important Pakistan will be for influencing the five-week-old Taliban government in Afghanistan and preventing the return of terrorism to the country just vacated by the Americans.

He is also taking into account the changing relationships in the Muslim world. There was a time when it had given solid support to Pakistan, but now the ties are more carefully considered by Saudi Arabia and the United Arab Emirates. Turkey’s strongman Recep Tayyip Erdogan stands strongly with Khan, but Iran’s new government has its own problems with the eastern neighbour.

Khan, who will be facing an election next year, is the first Pakistan prime minister with whom an American president has not spoken to—even on phone. He said Biden might be too “busy”, but his supporters and critics think it is a deliberate snub by the White House. Biden’s predecessor Donald Trump had made Khan wait for a year, and even suspended American aid to Islamabad, before inviting the former cricketer to Washington. Trump made a U-turn at the meeting in 2019, oozing charm and calling Khan a “good friend”. He even offered to mediate between India and Pakistan to resolve the Kashmir dispute, sending shockwaves in the Indian establishment which did not want third-party intervention in the valley. Khan also had made news, as he travelled by a small plane to Washington and saved hotel rent by staying with the Pakistan ambassador. 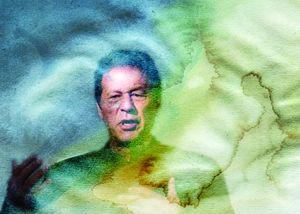 Biden, however, has been unrelenting, refusing any contact with the nuclear power which will play a crucial role in the stability of Afghanistan. Khan blames the American obsession with a strategic relationship with India for keeping a distance from Pakistan. But Khan had ridden to power, defeating the Pakistan People’s Party and the Muslim League, on anti-American rhetoric, which he had continued in his first year in office. His party, the Pakistan Tehreek-e-Insaf, mined the anti-American sentiment among commoners upset by the massive drone attacks unleashed by the Barack Obama administration on terrorist camps inside Pakistan, which had killed many civilians as well. Khan said 80,000 Pakistanis were killed during the 20-year US occupation of Afghanistan and his country had lost more than $150 billion, while it got just $20 billion as aid.

Biden, who was vice president for eight years under Obama, bluntly said that Pakistan played an opportunistic game by fostering terrorists like the Haqqani network and Osama bin Laden on its soil while helping the Americans transit and letting them use its bases. The mistrust now runs deep in Biden’s national security team. Pakistan’s proximity to China has also come at the expense of goodwill in the US.

The tension between the old allies has been good for India, which has for long been telling Washington to dehyphenate the subcontinental relationship by putting the ties with India on a higher pedestal. Yet, New Delhi also knows that there is a strong lobby working for Pakistan in the US strategic community, which will be louder if there is de-escalation in the Indo-Pacific region. At the moment, Prime Minister Narendra Modi shares the high table in Washington, while the sulking Khan stays at home.