What about equity for COVID victims who weren't govt staff: Sachidananda Murthy

Death, for long, has been presumed to be the ultimate equaliser. But, the Uttar Pradesh government wants to distinguish between “sudden death” and “lingering death”. 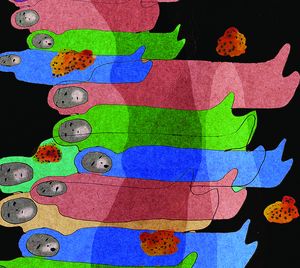 The Central government and other state governments are keenly watching the compensation tussle in Uttar Pradesh. As the pandemic has felled thousands of government employees, as well as pensioners, across the country, officers in the department of personnel and training (DoPT) are advising ministers not to make any impromptu announcement of compensation.

Confederations of employee unions, too, are looking for a clear policy. The unions point out that many classes of government employees have been directed to come to work, even though not all have been designated as frontline workers. While doctors and health workers have Covid insurance cover, other frontline employees do not. Lakhs of them serve in the railways, in civil aviation, in the departments of agriculture, customs, income tax, electricity, shipping and highways, and in investigative agencies. The armed forces and paramilitary forces, which are always at risk Covid or no Covid, have their own compensation schemes to take care of families of victims.

The only Union minister who has spoken about Covid deaths in his department, and hailed the service of the deceased, is the junior finance minister Anurag Thakur. In early May, he tweeted that 119 income tax employees and 110 others working for customs and GST had died of Covid. Thakur acknowledged their sacrifice for the country. The bank employees union has estimated at least 1,000 on-duty Covid deaths. But neither the Reserve Bank nor individual banks have detailed the human toll.

The DoPT, which is directly under the prime minister, is worried that wrong precedents would be set if different ministries and High Courts keep announcing compensation. The department does not like off-the-cuff announcements. The ministers have been advised that only the cabinet, based on inputs from the DoPT, the finance ministry and the department of pensions, can approve a compensation scheme.

But, even if there is a compensation policy within the government, the bigger question is of equity for other victims who were not part of the government.