After the 2004 tsunami, the governments at the Centre and states got busy preparing a disaster management policy, visualising different kinds of disasters and how to deal with them. Among the disasters were the health emergencies caused by nuclear attacks, reactor explosions, biochemical warfare and chemical accidents. Elaborate manuals were created on how to shelter the victims and treat those who were affected by radiation and chemical agents. The UPA government created a national agency under the home ministry, which has had good success in handling human suffering and physical damage during natural disasters like floods, cyclones and earthquakes.

But the agency, despite having a big headquarters in Delhi, lost its clout as it was perceived by the NDA government as having become a parking lot for retired bureaucrats. The agency is managed by just four “toothless” members. Under former home minister Rajnath Singh, the ministry’s disaster management division took operational charge of liaising with central ministries and agencies and state governments, as well as running the national disaster relief force, a specialised crisis team. The argument was that the ministry’s orders would get quick response as it dealt with intelligence, internal security, central paramilitary forces and Centre-state relations. Also, there was some heartburn over the head of the agency, a retired Army officer, being ranked higher than the home secretary, the second most powerful IAS officer after the cabinet secretary. 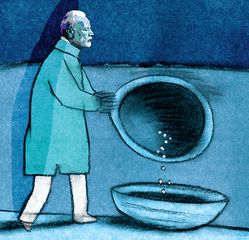 The limiting of the agency’s role also ensured there would not be duality of control. The agency has been more involved in organising international conferences and preparing manuals, than actually being on the ground. However, its guidelines on dealing with health emergencies are painstakingly prepared. If they had been comprehensively implemented since January 2020, when the coronavirus made its appearance in India, the second surge could have been contained. The state-level agencies are headed by the chief ministers and at the district level, it is mainly the collector who heads the local agency.

However, the Centre insists that both the prime minister’s office and the cabinet secretary, who reports to the prime minister, are doing the management of the crisis, including dealing with ministries like health, industries, commerce, finance and pharmaceuticals. Yet, there have been gaps on the vaccine front in terms of approval of products for universal vaccination. The health ministry under Harsh Vardhan assesses the demand and places the order for vaccines, and the pharmaceutical ministry of D.V. Sadananda Gowda monitors the manufacturers. While the prime minister made a high-profile visit to vaccine facilities in Ahmedabad, Pune and Hyderabad last year to assess the preparedness to produce 2.6 billion doses, the ministers and their officials appear to have relied more on the confident assurances of Serum Institute of India and Bharat Biotech.

The lack of rigorous cross verification led not only to the overenthusiastic push for global vaccine distribution by the external affairs ministry, but also to announcing the third phase of vaccination for the 18-44 age group without having enough doses either in stock or in the pipeline. It may be time for a cabinet committee of disaster management to ensure the government does not function in silos, but delivers quick responses for containing the pandemic.