On April 6, people of Tamil Nadu, including many film stars, voted to choose between the political fronts led by the Dravida Munnetra Kazhagam (DMK) and the All India Anna Dravida Munnetra Kazhagam (AIADMK). Just two days before the end of campaigning, the Union government made a crucial announcement of conferring the Dadasaheb Phalke Award, India’s top honour in cinema, to superstar Rajinikanth.

The choice of the icon came at a time when there was much debate on Tamil identity and whether an aggressive BJP government at the Centre was threatening it through its electoral ally, AIADMK. The Rajinikanth fans association did not go into a frenzy to thank the BJP leadership for the selection. The BJP’s rivals, DMK president M.K. Stalin and actor-turned-politician Kamal Haasan, gave a strong positive reaction to the award. There seems to be an unspoken consensus to treat the award above politics, as the superstar himself had finally chosen to be out of the cesspool of politics. 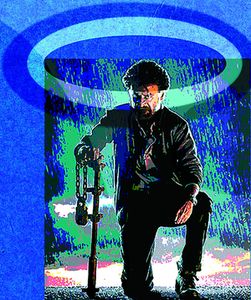 This was not the first time a superstar had been chosen for a top honour by the Centre at a politically crucial moment in Tamil Nadu. There was much criticism in 1988 when the Congress prime minister Rajiv Gandhi decided to confer the nation’s highest honour, Bharat Ratna, posthumously on M.G. Ramachandran—the film star-turned chief minister who had died in office in 1987. The opposition had described the award as an opportunistic attempt to catch votes for the Congress-AIADMK combine. But the Central government said MGR had fought separatist tendencies and worked for national unity. Gandhi, however, could not reap any benefits as the AIADMK was split between the loyalists of MGR’s widow Janaki and party leader J. Jayalalithaa, and the DMK came back to power. There was another award controversy earlier when MGR, who was the treasurer of the undivided DMK, broke with the party. The Indira Gandhi government conferred the national award for the best actor to MGR’s emotional drama Rickshawkaran (1971)—it was seen as a reward for jettisoning the DMK and forming the AIADMK in 1972.

The Dadasaheb Phalke Awards have rarely attracted criticism as the choice has been made by a respected jury, though sometimes there would be a nudge from the information and broadcasting minister or the prime minister. The juries have resisted the temptation to pick only box-office stars and have also chosen filmmakers, playback singers, music directors and cinematographers. In 1996, the jury was divided between two south Indian thespians—legendary Tamil actor Sivaji Ganesan and Kannada superstar and playback singer Rajkumar. C.M. Ibrahim, the then information and broadcasting minister, picked Rajkumar. However, Ibrahim had noted that Sivaji Ganesan should be given the award for 1997. Incidentally, Ibrahim lost the I&B ministry portfolio a week before Sivaji Ganesan received the award.

Similarly, Arun Jaitley as the I&B minister in 2014 was confronted by a strong demand that the government should honour Hindi actor-writer-director Manoj Kumar, who is known for his right-leaning patriotic films. But Jaitley was also a huge fan of thespian Shashi Kapoor. The happy compromise was that Kapoor received the award in 2014 and Manoj Kumar in 2015.

In 1990, I&B minister P. Upendra, from the Telugu Desam Party headed by Telugu superstar-turned-politician N.T. Rama Rao, was keen that another Telugu superstar, Akkineni Nageswara Rao—known for his social dramas—should be considered for the Phalke Award. Though Upendra lost his I&B portfolio, and prime minister Chandra Shekhar took over it, Nageswara Rao received the 1990 award.