Even as there is good news of the arrival of vaccines against coronavirus, there is another virus from India’s northern neighbour that may need a legislative antidote when Parliament convenes for the budget session.

The digital loan apps that have been ravaging lives are not exclusively from China, but the Telangana Police have identified a large number of such apps developed by the Chinese. Following cyber-bullying of defaulters and a spate of suicides by those who had borrowed at exorbitant interest rates, there have been crackdowns in various states. In late December, the Reserve Bank of India cautioned people against sharing their personal details with such apps and against borrowing what seemed to be easy money from unverified sources.

The harsh methods loan sharks use to recover money digitally have caused widespread misery, and have not been widely reported. A Mumbai Police officer describes it as cyber blackmail; the borrower’s family and friends receive calls and messages abusing the defaulter. Just as only a small portion of blackmail cases is reported to the police, many fail to report that they were lured by offers of easy money. Parents have shivered seeing messages telling them they had given birth to cheats, while friends of defaulters have inquired whether they are in need of help.

Usury is as ancient as barter. It is a sin in many religions and, even recently, research has been published describing the practice of lending at exceptionally high interest rates in ancient India. 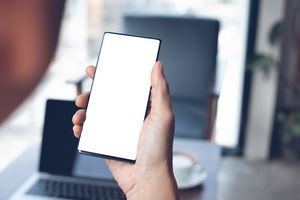 But, despite the government’s tall claims on protection of personal data, the racketeers have easily mined borrowers’ information. In some cases, they have accessed bank account details of the defaulters, including details of deposits and borrowings from regular banks and employers.

While banking laws insist on rigorous procedure for granting licences to lend to general customers or to accept deposits (look at the travails of Sahara India Pariwar, which is accused of operating as a non-banking financial company without licence), the micro-lending apps escape legal regulation as their operations are treated as loans from individual to individual. There is also the argument that there are good app-based lenders who go through the Reserve Bank’s Know Your Customer (KYC) norms. But, the KYC itself has been more of a formality than a rigorous norm, even to some banks.

There are also arguments that the current laws are enough to handle the shadowy operators. However, even though Indira Gandhi had initiated a crackdown on unauthorised money lenders during the Emergency, the business has endured into the 21st century.

While the usurious moneylenders in rural and urban areas have had a good time during the economic slowdown, so have big companies with fancy attributes engaged in the same business. They offer loans without physical security, knowing that digital data and familial links can be used by what are known as “recovery agents”. Auto-financing companies usually hire these recovery agents to stop cars on roads, eject the defaulter from the driver’s seat and take away the vehicle.

The hyperactive Enforcement Directorate, which has courted controversy over raids on political persons, may perhaps swing into action against the app operators, some of whom seem to have dubious sources of money, including from money laundering and even proceeds of heinous crimes like drug-running. The ministries of home, finance, information technology and law need to sit with the Reserve Bank to handle these digital lending apps, just as some of these institutions had got together ten years ago to handle the suicides caused by micro-finance companies that operated physically outside the legal boundaries.