As he grows more successful and senior in electoral politics, Arvind Kejriwal is steering himself strenuously to the middle path. The past twelve weeks have seen him being in the crystal bowl of public gaze, and he has responded to it by moderating his speeches and deeds to avert controversies. But, an axiom of public life is that even silence can be controversial in turbulent times.

In his third term as Delhi chief minister—a feat made possible by the strong positive response to his track record and large-scale transfer of Congress votes to the Aam Aadmi Party—Kejriwal has taken care to avoid any confrontation with the Centre. The firebrand who once went on a fast against the Delhi Police and pummelled the Narendra Modi government at the Centre is now averse to criticising the way Union Home Minister Amit Shah dealt with the riots in Delhi. 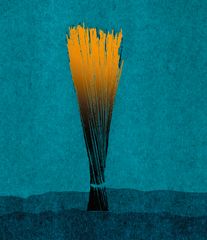 His friends in the opposition had sensed a change in Kejriwal’s attitude after the AAP drew a blank in the Lok Sabha elections in Delhi last year. He shifted his stance to focus on development, subsidies and governance issues at the local level, refusing to walk into the trap of debating national security with the BJP. Though he was the toast of the regional, anti-BJP parties, Kejriwal did not want to invite any opposition leader or chief minister to his swearing-in ceremony. He did not want to send a wrong message to the Delhi voters. Kejriwal has also not taken part in any opposition conclave after he attended the swearing-in of the Congress-Janata Dal (Secular) government in Karnataka in 2018.

But the opposition was still shocked when the Delhi government gave permission to prosecute CPI leader and former Jawaharlal Nehru University Students’ Union president Kanhaiya Kumar and his supporters over the sedition charges slapped on them by the Delhi police. Earlier, despite pressure from the police, the state government had told a local court that it was not in favour of granting the permission. Kejriwal had even tweeted on March 3, 2016: “What a brilliant speech by Kanhaiya.” He was even more euphoric the next day: “Heard Kanhaiya’s speech many times. Amazing clarity of thought expressed wonderfully. He said what most people have been feeling. God bless him,” he tweeted.

Kejriwal’s admiration was such that he gave Kanhaiya an appointment to meet him a fortnight later, at CPI leader D. Raja’s instance. But Kanhaiya missed the meeting because of a traffic jam.

Exactly three years later, the AAP government has decided not to “bless” Kanhaiya, and agreed with the Delhi Police that he spoke against the unity and integrity of India. The law and home ministers in the state government—Kailash Gahlot and Satyendar Jain—ruled that Kanhaiya must face trial.

The decision, which dismayed opposition parties that had celebrated Kejriwal’s election victory, has come as a shot in the arm for the beleaguered Union home ministry. His moves indicate that he is weary of joining any initiative to unite the opposition, and that he would instead follow the path of regional parties in Odisha, Telangana and Andhra Pradesh, which oppose the BJP in elections, but otherwise do not annoy the Centre.

Hawks in the Congress who had opposed joining hands with Kejriwal insist that the AAP is the BJP’s B-team, and that he would be comfortable with right-leaning socialism rather than be left of the centre. Kejriwal, however, has shown enough nimbleness to keep everyone guessing.