How India is preparing for war-like situation in the Gulf

Even as India maintains neutrality in the war of words between the United States and Iran on the latter’s nuclear programme, key central ministries are getting ready to deal with a war-like situation in the Gulf. Nine central ministries are preparing themselves for different tasks to deal with the emergency state of affairs, in case hostilities break out in the Strait of Hormuz and beyond.

The civil aviation ministry has already given alternative plans for flying aircraft in the tension zones. Senior officials are referring to the substantial documentation on how India had dealt with earlier wars in the Gulf, especially in 1990 when Iraq invaded Kuwait, and the United States had launched Operation Desert Storm to liberate Kuwait. It was the largest ever civilian evacuation as lakhs of Indians streamed out of Kuwait and Iraq, and were brought back by air and sea. 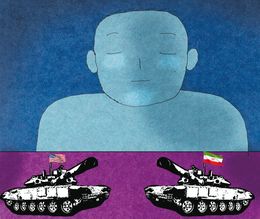 The operation coordinated by the external affairs ministry had involved public sector organisations like Air India and Shipping Corporation of India. Smaller evacuations had been done by successive governments—in Lebanon, Libya, and recently, by the Narendra Modi government, in Yemen. The Navy and the Air Force would also be involved as the situation demands. Naval presence has already been increased in the Arabian Sea to ensure that civilian vessels carrying oil and other precious cargo are not affected. The finance ministry is also working out measures to ensure that spike in global currency rates do not have too much impact on the economy which is already sluggish.

The diplomats, under the leadership of new External Affairs Minister S. Jaishankar, are also looking at the role India can play in bringing down the tensions, especially since Prime Minister Modi has good personal rapport with leaders of the US, Iran, Saudi Arabia, the UAE, Israel, Germany, France, China and Russia. But there is no proposal for any shuttle diplomacy by the Indian government, as it wants either the United Nations or a collective of the international community to deal with the situation. The only time an Indian leader tried to defuse tensions was during the First Gulf War when the leader of the opposition, Rajiv Gandhi (who had demitted the prime minister’s job a few months earlier), flew to major world capitals, seeking to prevent an open war between Iraq and the US. As Iraqi dictator Saddam Hussein refused to withdraw from Kuwait, the efforts were in vain.

The economic ministries, especially petroleum, shipping, finance and commerce are working hard to ensure that the supply of petroleum products and other vital imports are not badly affected if war breaks out. If oil supplies are affected, then the power and coal ministries would galvanise higher production and distribution of electricity to compensate for oil shortages.

This will also ensure that vital rail links are maintained during an emergency triggered by the confrontation. New Delhi will be happy if Washington and Tehran rattle their sabres only on Twitter!