The Union government, under the dynamic leadership of Prime Minister Narendra Modi, launched the PM Street Vendor’s AtmaNirbhar Nidhi (PM SVANidhi) scheme in 2020 to protect and empower street vendors. With it, for the first time, a serious effort was made by the government to free street vendors from the vicious cycle of indebtedness. The scheme provides a collateral free working capital loan of up to Rs10,000 to street vendors to resume their businesses adversely impacted due to the pandemic.

The world saw the worst calamity of the century in the last two years, which wreaked havoc globally—socially and economically. The pandemic affected all but it had significant implications on the informal sector of our country. In every city in India, there are numerous local markets that support the livelihood of lakhs of people. There are roughly 60 lakh street vendors across India. Even during normal times they had a marginalised existence, and the pandemic compounded their problems. 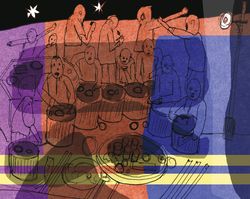 The street vendors constitute up to 2 per cent of the urban population and they contribute immensely to the informal economy. The scheme envisages to bring ‘banks at the door steps’ of these ‘nano-entrepreneurs’ by engaging the Non-Banking Financial Companies (NBFCs) and the Micro Financing Institutions (MFIs) as lending institutions.

Even in such a short span of time, the scheme has made significant achievements. It is a matter of great pride that the scheme has successfully crossed the 30 lakh mark, and 29.6 lakh loans, amounting to Rs2,931 crore, have already been disbursed. The beneficiaries have conducted more than 13.5 crore digital transactions, and have been given a cashback of Rs10 crore.

This scheme is a prime example of how technology can transform the lives of the poor and enhance capacity building.

The government’s belief that street vendors need to be provided an enabling environment, where they have a sense of protection from undue harassment and eviction, is congruent with the common man’s belief. The scheme has not only provided support to street vendors but it has also helped build their credit profile through digital payment platforms for integrating them into the formal urban economy. It has made them digitally literate and gave them an impetus.

As envisioned by Modi, the scheme aims to not only extend loans to street vendors, but also aims for their holistic development and socio-economic upliftment.

So, in order to sustain this development journey, the scheme has been extended till December 2024, with a focus on enhanced collateral free affordable loan corpus, increased adoption of digital transactions and holistic socio-economic development of street vendors and their families. The extension, in itself, is expected to benefit nearly 1.2 crore citizens.

This is for the first time in the history of our country that a government has undertaken such a measure to empower and protect street vendors, who constitute an important part of our informal economy, by connecting millions of vendors to the system. The scheme has provided swarozgar (self-employment), svavlamban (self-reliance) and swabhimaan (respect) to lakhs of street vendors across the country.