Indian players performed exceedingly well in the recently concluded Tokyo Olympics and Paralympics 2020. While we finished 48th in the Olympics—the highest ranking in over four decades, with a total of seven medals, including a historic gold medal from Neeraj Chopra in javelin throw—the country’s differently-abled extended this tale of excellence into the Paralympic Games. India sent its largest contingent ever, in which 54 para-players represented the country in nine para-sports. The contingent recorded their best finish—24th place, with 19 medals. Indian athletes created history with shooter Avani Lekhara becoming the first woman to win two medals at the Paralympics. The games have truly been a special moment for Indian sports.

​In a nation where sporting culture is renounced for academic excellence, the news about the historic wins has to be considered as system-changing. Sport has never been a career prospect for most Indians, but Tokyo Olympics and Paralympics have paved the way for lakhs of aspiring sportspersons.

All said, no medal is won without proper support, training opportunities and putting relevant authorities at work. Credit goes to the Paralympic Committee of India and the Union sports ministry who played their parts well and helped players to shine in a championship held in the shadow of the pandemic. The government’s sustained efforts to promote sports in a big way played a pivotal role in India’s historic wins. 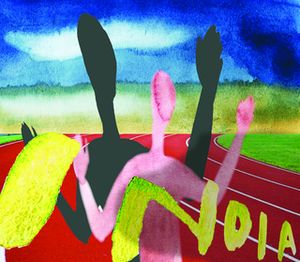 The Ministry of Youth Affairs and Sports launched Target Olympic Podium Scheme (TOPS) in 2014 with an aim to realise India’s Olympic medal dreams at Rio 2016 and Tokyo 2020. The scheme provides financial and other support to top athletes in the country, to help them reach the podium at the Olympics. The results are for everyone to see.

India’s youth have undergone a perspective transformation. They do not want to tread ready-made beaten paths, they want to carve out newer paths and it is imperative that they receive adequate support from the government to realise their potential and fulfil their dreams.

To provide maximum opportunities to our young talents, the Khelo India Scheme was initiated in 2016 as a fusion of three schemes—the Rajiv Gandhi Khel Abhiyan, Urban Sports Infrastructure Scheme and National Sports Talent Search Scheme. It focused on increasing mass participation of youth in annual sports games and competitions.

It has been Prime Minister Narendra Modi’s dream to see India develop as a multi-sports nation, and not just one or two sports garnering the limelight. The Tokyo Olympics proved that with the right leadership, India is capable of bringing medals in all arenas. Modi has always believed that sports can inculcate values of self-discipline, sportsmanship, team spirit, leadership, and integrity in our youth as well as promote a healthy lifestyle. As someone who leads by example, he launched the Fit India Movement and suggested that fellow citizens adopt a healthy lifestyle.

It was through perseverance and tremendous hard work of our athletes, their coaches and concerted efforts of the government that India could create history in the arena of sports.

Let us bask in the glory for now and then get back with double the force because when our sportspersons enter the stadium next time, we will not be the underdogs.

The Tokyo Olympics have created a major impact on the sports scene of the country and it is important to ensure that the momentum generated by the success of the Indian contingent does not melt away.