Onus is on all of us, not just Narendra Modi: Meenakshi Lekhi

India is struggling hard to cope with the havoc caused by the latest strain of Covid-19. From international media to domestic media to social media, everyone is looking for someone to blame. Easiest target? Prime Minister Narendra Modi.

States in India with huge health budgets and all the paraphernalia refused to act and follow the guidelines. And here we have a leader who is working day and night to save every single life that he can, that we can, but the comparisons will not stop.

None of the previous Central governments, or, for that matter, foreign governments ever had to handle what the present leadership in India is handling. So, are the comparisons even fair? 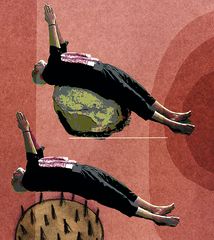 Yes, there is a shortage of oxygen in Delhi, but should we only blame Modi? Does a state government with Rs 10,000 crore budget have no responsibility?
Similar situation was faced by Italy when the pandemic had hit the world. The world’s best health care system in the US and the UK completely collapsed when the surge hit them, and they are overwhelmed even today. Why is a country that came up with Vaccine Maitri policy being bullied with such vulturism?

Everyone needs to understand that the virus, the biological warfare that is, is above all of us. Today, it is causing havoc in India and Brazil, tomorrow it could be any other country infected with another mutated variant. The truth is that the nature of the virus is such that the whole world has been caught off guard, not just Modi. Even the best of experts failed to predict its next course.

Why is there so much of insensitivity? According to some reports, it is the UK variant that has wreaked havoc in northern India, but blame on the UK was nowhere to be seen. Many state governments are not responding well, and they are not run by the BJP. Take the case of Delhi. Its health budget for the year 2020-21 was Rs 9,934 crore, but this is nowhere reflected in hospitals, oxygen concentrators, ventilators and ICUs. The so-called internationally acclaimed mohalla clinic is nothing more than an outpatient department. No new primary health centres have been established in Delhi; maternal health centres in the city have been reduced from 265 to 230. Delhi had only a few hundred ventilators till a few thousand were sent under PM Cares Fund.

The AAP legislators and their health minister are nowhere to be found amidst the worst hit crisis, except the chief minister, who is always on TV in some advertisement or the other. The state health ministry could have taken a collaborative approach towards the private sector, which could have resulted in better coordination and less malpractice. Rather what we witnessed was blame game on live television, which is a pity. The Delhi government also refused to implement Ayushman Bharat, the Centre’s flagship insurance scheme for citizens.

However exonerative it may sound, the public, in general, is responsible for the second wave. Not masking up properly, despite repeated reminders and penalty by the authorities, violating protocols regarding gatherings, led to a situation this horrific. Hoarding and black marketing of remdesivir, charging exorbitant prices for ambulances and other malpractices are adding to the misery.

We are all in it together—the media, the state governments and the people. It is not a fight that can be fought alone, certainly not by playing the blame game. We all need to keep a moral high ground, do our bit, and save as many lives as we can.

Modi is the favourite punching bag in victory and defeat in office or in opposition. He will bear the cross of deeds done and not done even by his opponents. Such is the governance of incompetent CMs.