Recently, I came across an article targeting the Narendra Modi government. I am startled at the ignorance, and enraged to see the hard work of my government go unnoticed. Ignorance was bliss once, but publishing an article to misinform people falls under the category of illegal.

The intentions of the Narendra Modi government, since 2014, have been crisp and focused, and, after six years of hard work, the results are for all to see. Enough has been said about the abrogation of Article 370 and 35A, which was independent India’s most historic decision, or the ban on triple talaq that irked the alternate Muslim law-making institutions for empowering their women. 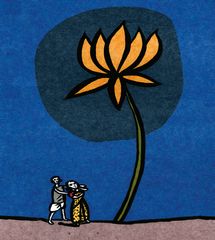 But, a number of micro-policies, which are not found in sensational news headlines, have touched every single life. You could not have imagined paying your vegetable vendor, or the next door grocer, through digital banking. Digital India initiatives like the BHIM app and Pradhan Mantri Jan Dhan Yojana were created with an intention to link every Indian to the banking system.

The Modi government had the guts to replace the 64-year-old Medical Council of India with the National Medical Commission and bring transparency in the medical education field. This was an area crying for reform for years. The intention was to end corruption.

The launch of Swachh Bharat Mission changed the way Indians perceived their own image internationally. It had a huge impact on the psyche of the rural population that believed nothing could change.

The Ayushman Bharat Scheme revolutionised medical treatment in India. It was launched, as recommended by the National Health Policy 2017, to achieve the vision of Universal Health Coverage. This initiative has been designed to meet the Sustainable Development Goals and the underlying commitment is “leave no one behind”. It helped 10.74 crore families get treatment in government and private hospitals. It is a shame that it could not be implemented in Delhi because of non-cooperation of the state government.

I had already mentioned various policies launched for the benefit of farmers in my last column. The PM-Kisan Samman Nidhi Yojna, crop insurance scheme, farmer pension scheme, launching of e-NAM, the latest agro bills, integrated management of public distribution system under one nation one card and Svamitva Yojana to create a record of land ownership in rural areas showed the government’s intention towards farmers.

The government recruitment system has been simplified through the establishment of National Recruitment Agency. Rural employment opportunities are being provided through Mahila Kisan Sashaktikaran Pariyojan and Pradhan Mantri Gram Sadak Yojana-lll. The government created Jal Shakti ministry and launched Atal Bhujal Yojana for managing water with an intention to care for the environment. Hunar Haat, Honey Mission, and numerous other missions, under the newly formed skill development ministry, have become successful in providing employment opportunities at national as well as international markets for thousands of master craftsmen, skilled labourers and artisans. The allocation of a separate Harmonised System (HS) code for Khadi will help in creating its unique identity internationally.

The Modi government has hit the right notes with public with all the work it has done. It has touched base with all relevant areas that are directly linked with citizens. The intentions of this government have always resided within the hearts of the citizens.