The shocking revelation that the Communist Party of China donated money to the Rajiv Gandhi Foundation (RGF), in 2006-2007, has put a giant question mark on the Congress-China alliance. This was at a time when a Chinese official had remarked that the whole of Arunachal Pradesh is Chinese territory.

Apparently, a Memorandum of Understanding was signed between Communist Party of China and the Congress in 2008 for exchange of high-level information, details of which are unknown. Natural questions arise as to why a country that had betrayed the Congress in the past was contributing to a foundation that belonged to a family. How did RGF utilise these funds? Also, what information was exchanged with China? I smell one more apex-level scam from the controversial Congress, but this time around it involves our arch-enemy China.

The Nehru-Gandhi-ruled Congress has demonstrated an unnerving callousness with regard to national security and interests.

The shady transactions in RGF do not end here. The analysis of annual reports of RGF shows that several Central government ministries, including home affairs, health and family welfare, and environment and forests have donated to RGF. Public sector undertakings like SAIL, LIC, Oriental Bank of Commerce and ONGC, too, have contributed to RGF. All this was carried out when the Congress was in power at the Centre between 2006 and 2013. It is a matter of national interest as to why public funds were being diverted to a private organisation which can easily be branded as a personal joint account of the Gandhi family, as it is chaired by Sonia Gandhi, and has Rahul, Priyanka Gandhi Vadra, Manmohan Singh and P. Chidambaram as trustees. 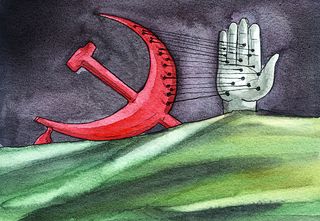 Guess what, the Prime Minister’s National Relief Fund, too, donated money to RGF, which makes no sense whatsoever. The PMNRF directly releases money for the welfare of the citizens. Then, why was it donating to RGF? If the intention of RGF was to work for literacy, science, women and children, as mentioned on its website, I am surprised why they could not improve facilities on the ground the regular way when the Congress was in power. The usage of a fund to evade taxes and secure black money is not a new concept, and RGF is its perfect example. Obfuscation is a hobby for the Congress.

If we dig deeper, we find that Manmohan Singh, as the finance minister in 1992, tried to divert Rs 100 crore to RGF. Though the proposal was dismissed later, mala fide intentions of the Congress government can clearly be judged by this action. Even the first chief information commissioner was a former secretary of RGF who ruled that it does fall under the ambit of RTI.

It does not end here. The Jawahar Bhawan was provided to RGF by the urban development ministry under the Congress-led government for free, even though the property was worth Rs100 crore in 1995.

The Congress’s soft reaction against the Chinese government and Rahul’s secret meetings with Chinese officials during the India-Chinese stand-off at Doklam raise many uncomfortable questions for the opposition, and so does RGF’s transactional history. An official probe will yield the reality of RGF projects. But do we still need to decipher Congress’s Chinese connect?