The Supreme Court judgment granting women officers of the Indian Army the right to permanent commission and commandant positions is historic. It is an encouraging step for serving women officers and a great motivation for young girls aspiring to join the Army. The officers had already suffered emotionally owing to stunted professional growth despite potential, lack of job security because of ambiguous status of the cadre and because they had to serve under officers who were at most six batches junior.

Contrary to the United Progressive Alliance government—under whose tenure the affidavit was filed—Prime Minister Narendra Modi envisions a bureaucracy unbiased of gender. The present judgment resonates with his August 15, 2018, announcement of granting women permanent commission. The prime minister’s word is the political will. 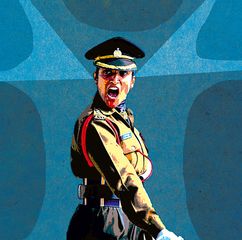 I took up this case in 2011 after an affidavit was filed by the then UPA government against the Delhi High Court verdict that had granted permanent commission to women officers. I did so because I strongly believe that bravery has nothing to do with gender, and a person’s placement in life should be decided on merit alone. If I, being a woman and a civilian, can be in charge of the election campaign in Srinagar, one of the most dangerous areas in the world, then why cannot an Army-trained woman take charge?

An order issued by the defence ministry, dated February 25, 2019, granted permanent commission to women officers in the Army prospectively from the date of the said order. This left the women officers who had already served the country for 25 years high and dry. The appellants had reservations that a meagre 332 (less than 4 per cent of total strength) women officers will eat up the vacancies at higher ranks. This was nothing but a predominant fear and prejudice in the minds of the male officers. The Army’s argument that women officers, considered as effective workforce till 14 years of service, are inefficient at commandant levels is the highest form of hypocrisy. The recent infamous remark by the solicitor general that male troops coming from rural areas will not adhere to women officers’ commands was irrational, to say the least.

Warfare styles are changing. Cyberspace is the new battlefield. Signal communications will have to work in the ever-increasing hostile electronic environment. Newer styles of destruction are invented every day and curbing these require more analytical skills than physical strength.

Women were allowed in the armed forces in 1992 through short selection commission, which is for a period of 10 years extendable up to 14. They are posted at various remote locations such as Kashmir, as UN peacekeeping forces in Libya and Congo and even as decoding teams on the border with Pakistan and in northeast India, with bare minimum facilities to survive.

Lieutenant Commander Vartika Joshi led the first all-woman Indian crew of circumnavigators in 2018. Captain Tania Shergill led an all-men Army contingent in the 71st Republic Day parade. The argument that women have biological differences that make them less efficient for the forces did not hold any water either—senior positions do not require much muscle power when compared with junior positions, as the job profile tilts more towards supervision, strategy making and decision making.

By passing this judgement, the Supreme Court has proved that the idea of including women in all forms of workspace can be laid into policies. The battle was against the misogynistic mindset of the bureaucracy, and it had been tackled well. But how this will affect the working atmosphere of the Army for its women is yet to be seen.