ONE HISTORICAL wrong has been rectified with the passage of the Citizenship Amendment Bill (CAB), 2019, which seeks to grant Indian citizenship to Hindus, Sikhs, Buddhists, Jains, Parsis and Christians who have migrated to India after facing religious persecution in Pakistan, Afghanistan or Bangladesh. Pakistan had failed to abide by the Delhi Pact of 1950 (known as the Nehru-Liaquat pact) and protect the minorities’ human rights and right to worship. After 70 years of inaction, India has finally corrected the wrong thanks to the resolve of Prime Minister Narendra Modi and the clarity of thought displayed by Home Minister Amit Shah in Parliament.

There was furore in Parliament led by the Congress, but the amendments made to the Citizenship Act, 1955 do not put any Indian community at a disadvantage. It has, however, been asked why only Muslims are excluded from CAB. The answer is a counter-question: how can one be religiously persecuted in a state that practises the same religion? These three countries are Islamic states, unlike India which is not theocratic. 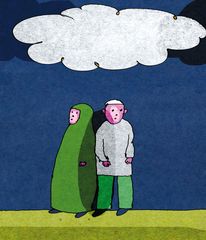 The argument that the Ahmadiyas in Pakistan deserved inclusion in the CAB is misplaced because attacks on them are sectarian in nature, not religious persecution. Besides, one must remember that Ahmadiya Muslims had voted en bloc to go with Pakistan, a nation created on the basis of religion. Many of them have migrated to the UK and are vocal against India.

Sectarianism had led to genocide in East Pakistan and the creation of Bangladesh. Considering the sectarianism and ethnic violence in Pakistan today, the country seems to be witnessing the same “chain of events” as of the 1970s.

Hindus in Pakistan began coming to India from 1947. One of them, the dalit leader Jogendra Nath Mandal, had migrated to Pakistan on the assumption of peaceful coexistence there, but his dreams soon shattered. He documented the persecution of Hindus in Pakistan while resigning as minister of law and labour from the Liaquat government and returned to India. Many such “red flags” were raised about the plight of religious minorities in Pakistan. Had India then adopted a proactive approach, the need of the new legislation would not have arisen.

Empirical evidence of the “receding rate” of minorities in the three countries explains their concerns of minorities. Where did these people who formed 20 per cent of the population vanish? Shouldn’t the UN High Commissioner for Refugees feel compelled to look into such “industrial-scale” extinction?

It is well justified to treat these three countries as a “bloc” and to assimilate religiously persecuted persons from there overstaying in India (with constitutional safeguards pertaining to northeastern states in place). Article 11 of our Constitution allows Parliament to exclusively deal with laws, rules and regulations with regard to Indian citizenship. Citizenship amendment addressing religious persecution specific to this bloc is an exercise entirely different from making amendments on the basis of religion under the Citizenship Act. When we talk about Articles 5 to 11, it is clear that citizenship is a legal right and not a fundamental right. It is also clear that it applies to foreigners and not Indians.

By virtue of Article 11 Parliament alone has the authority to make and regulate laws pertaining to citizenship. This falls in the realm of policy and is constitutionally unchallengeable. People from any religion can apply for citizenship; there is only some laxity in time in the new legislation.

There are 46 Islamic theocratic states, but no country for “Indics”. Hence India becomes the default option for them. This is the “Civilisational Obligation” of “India, that is Bharat,” as mentioned in Article 1 of the Constitution.