Hardly anyone, on the morning of August 5, would have imagined they were set to witness the undoing of Article 370, an emotive political issue that created historical divides across the subcontinent. But, as in life, politics too has its surprises. And, as long as you have a Narendra Modi and his no-nonsense adjutant, Amit Shah, at the helm, there will be surprises.

Amid an unprecedented display of grit and will power, the Modi government undid a constitutional provision that was long preserved in the annals of post-independence India as an inviolable territory. Any talk of venturing into that territory invited threats of violent repercussions. However, the government has taken the bogey of the threat head-on and managed to diffuse it into thin air. 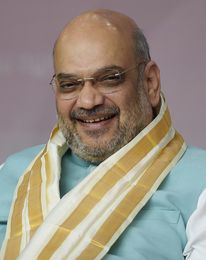 Article 370 was a junky relic from the past, a result of the political ambitions of Sheikh Abdullah and Jawaharlal Nehru’s perilous concessions to him, even at the cost of national interests. Over seven decades of political machinations by local politicians in Kashmir and the Congress at the Centre had turned the article—a purely temporary and transient arrangement—into a permanent feature.

History is witness to the day Article 370 was introduced in the drafts as Article 306A, on October 17, 1949, by the special representative of the state, Gopalaswami Ayyangar. It was vociferously opposed by the Constituent Assembly members. Nehru got the inkling, so he did not want to face them. From his foreign trip, he persuaded Sardar Patel, who, despite his strong opinions against it, obeyed his prime minister to get the article inserted into the Constitution.

There was no basis for conceding any special status to Kashmir as no other Indian state had been accorded such privilege. But, Sheikh Abdullah, who constantly conspired against Maharaja Hari Singh, the sovereign ruler of Kashmir, was instrumental in pushing for the article.

Nehru’s affinity to Abdullah was so high and so inexplicable that, even during the attacks by Pakistani forces on Kashmir in October 1947, Nehru refused to talk to the maharaja, who had sent an urgent emissary to the interim PM for help. Instead, Nehru asked him to talk through Abdullah. Such blatant erosion of the maharaja’s authority by Nehru passed the political legitimacy to Abdullah through the back door. When Nehru realised his folly and fell out with him in 1953, much of the damage had been done.

As has been well documented and well articulated by Home Minister Amit Shah, the special status to J&K has favoured only a few political families, their cronies and the separatists, while the common man languished in poverty. Leaders with vested interests in Article 370 misguided the locals into believing that the article was the link to keep the state united with India, and that once it was gone, J&K would separate from India.

It was a big a lie. The link of J&K to India was the Instrument of Accession, and Article 370 was a constitutional arrangement to enlarge the sovereignty of India over the state through the will of Parliament. Parliament has now chosen to amend the will, in the same way the Congress has done 44 times.

Article 370 was a fraud on the Constitution of India. It was not only a means to keep the state permanently alienated from India but also an abridgment of the sovereignty of the nation. That is why the BJP, and the Jana Sangh before it, talked of abrogating it. All it needed was the iron-willed leadership of a Modi and a Shah to do it.

The full integration of the last state into the Union of India is now complete. Our ancestors who struggled hard for the removal of Article 370 must be having the last laugh.