India, being the largest democracy in the world, has always been observed keenly by the global community—on how such a complex process of electioneering is conducted in the country with such ease and success. To conduct such a massive official exercise in a geographical region that has glacial and desert climates within a range of 1,500km, and that sees a diverse population of 1.3 billion, is not a mean task.

The general elections of 2019 had been unique in a number of ways. First, the sheer size of the electorate—90 crore voters, which is equal to the combined population of the European Union, the USA and the Philippines. With overall voting turnout at 67 per cent, it means that more than 60 crore people voted in the 17th Lok Sabha elections—which is equal to a combined population of the European Union and Japan! The number of first time voters alone was 8.4 crore, which is more than the total population of Iran, whereas the number of voters in the 18 to 19 age group was 1.5 million, equal to the population of Zimbabwe! 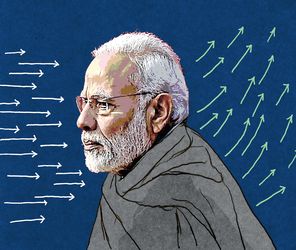 Second, this election has been the costliest election on earth till date with the estimated expenditure to the government exchequer being Rs 50,000 crore ($7 billion)—25 per cent more than the 2014 elections. In the 2016 US elections, the cost of the combined presidential and congressional elections was $6.5 billion. However, the figure mentioned is only the government expenditure; it does not include the expenditure incurred by candidates.

The official records for money seizures during the election period has been a mind-boggling Rs 3,500 crore, out of which the cash component alone was to the tune of Rs 840 crore. This shows the volume of money flow that this election witnessed.

Third, this election has seen a massive expenditure on social media which, according to some studies, has been around Rs 5,000 crore—a grand leap from 2014 when such expenditure was only Rs 250 crore. Most of such expenditures happened on account of promotions on Facebook, Twitter, Instagram and WhatsApp by the candidates. Some experts believe that the 2019 election was the first election that was fought largely on WhatsApp, as candidates and their supporters shared videos and audios to the chosen target groups with instant success.

Fourth, this election was probably the most bitterly fought election in the history of India, where Prime Minister Narendra Modi, on the one side, had been pitted against a grand coalition of opposition parties on the other side. Modi has been the object of mocking, slur and personal attack long before the general elections. However, such slur and bitterness against Modi had increased multifold during the election campaigns that saw him being branded as ‘Hitler’ and ‘chor’. Even his benign spiritual trip to Kedarnath, where, after a long political campaigning, the PM chose to spend some quiet moments in a holy cave, went on to become an object of vilification. However, such vilification has not gone down well with the electorate which has answered strongly with their ballot.

The best way to deny the obvious and to belittle achievement, is to negate it. The opposition, led by the Congress, did its best to negate the development works of Modi by weaving a matrix of lies around him. However, the answer given by masses through the ballot must open their eyes. The voters’ mandate has nailed their lies. The lesson for the opposition is that, in a democracy, lies can never replace performance as the dominant political philosophy.